You are here: HomenextNewsnextBlognextJames Kibblewhite; Fastest Man in Purton 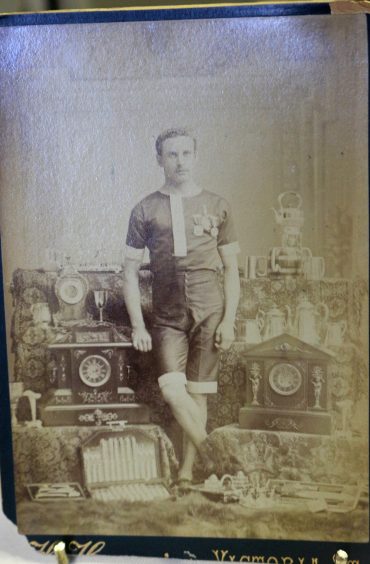 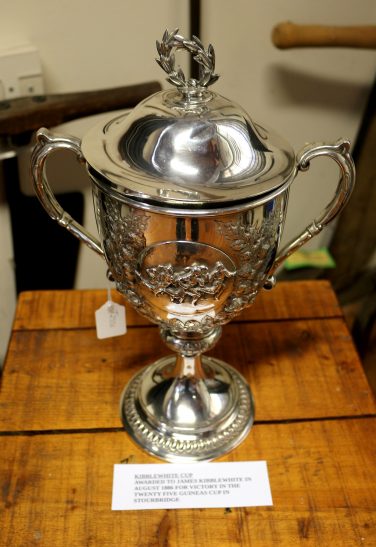 In a previous post I wrote upon the 200th anniversary of the founding of our Village Cricket club; however cricket isn’t the only sporting activity in Purton, we also have a football team, a bowls club and a tennis centre.

Also James Kibblewhite, who was a nationally famous athlete. He was born in Purton in 1866 and began his career as an athlete in 1884, representing Swindon Harriers initially.

James enjoyed phenomenal success in his running career; competing over multiple distances he won a total of £1200 and picked up many a championship trophy.

Unfortunately his decade long reign was over by the time the modern day Olympics started in 1896.

Purton museum has a display devoted to Mr Kibblewhite.  Centre stage is the Kibblewhite cup.

The Kibblewhite cup was awarded to him upon victory in the 25 Guineas race in Stourbridge, August 1886. This cup was later held by Braydon Forest School and used as their athletic trophy for many years, but now is permanently in the village museum.

Thank you to Tony and Janet Neate for the pictures

Comments about this page