You are here: HomenextNewsnextBlognextA Golden Centenary 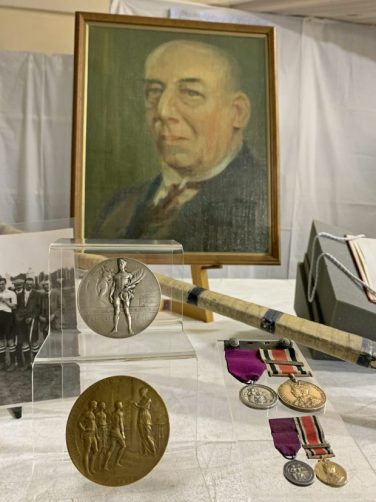 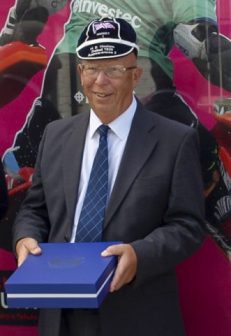 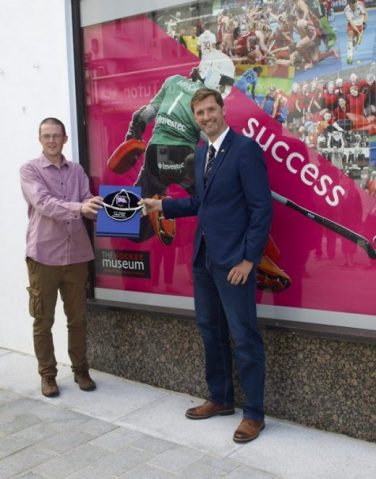 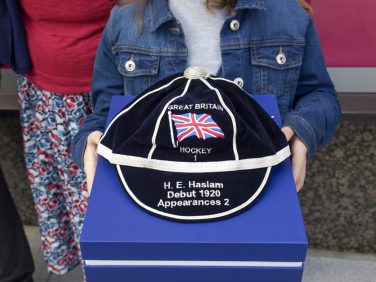 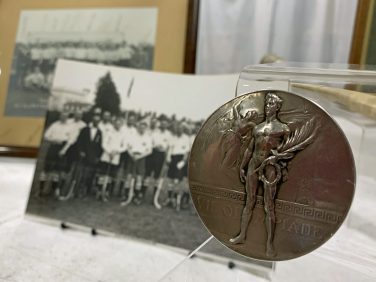 The Hockey Museum in Woking has had a first sight of a 1920 Olympic gold medal. It was won by Harry Haslam OBE, the Great Britain hockey goalkeeper at the Antwerp Games, and is on loan to the Museum from the Haslam family, together with memorabilia, including an oil painting of Haslam, an Antwerp participation medal and civilian medals.

The medal was on display at a private presentation at the Museum on 5 September, the centenary of the close of the 1920 hockey tournament, attended by ten of Haslam’s descendants. They received a GB honours cap from triple Olympic hockey goalkeeper Simon Mason. Haslam has been designated as men’s player number one. The official launch of honours caps to current and past Great Britain international hockey players will be held at an FIH Pro League weekend in London next May.

The Antwerp medal is of gold gilt, unlike the 1908 London Olympic gold medal also held on loan by the Museum and looks more like silver. It is believed this less expensive metal was used because money was scarce so soon after World War One.

On the obverse of the medal, a tall, naked athlete, holding in his left hand a palm leaf and a laurel crown, symbols of victory. On the reverse, the Antwerp monument, commemorating the legend of Brabo, hero of the city, throwing into the river the hand of a giant who had been terrorizing shipping.