You are here: HomenextNewsnextBlognextAn interview with Allan Buxton

An interview with Allan Buxton 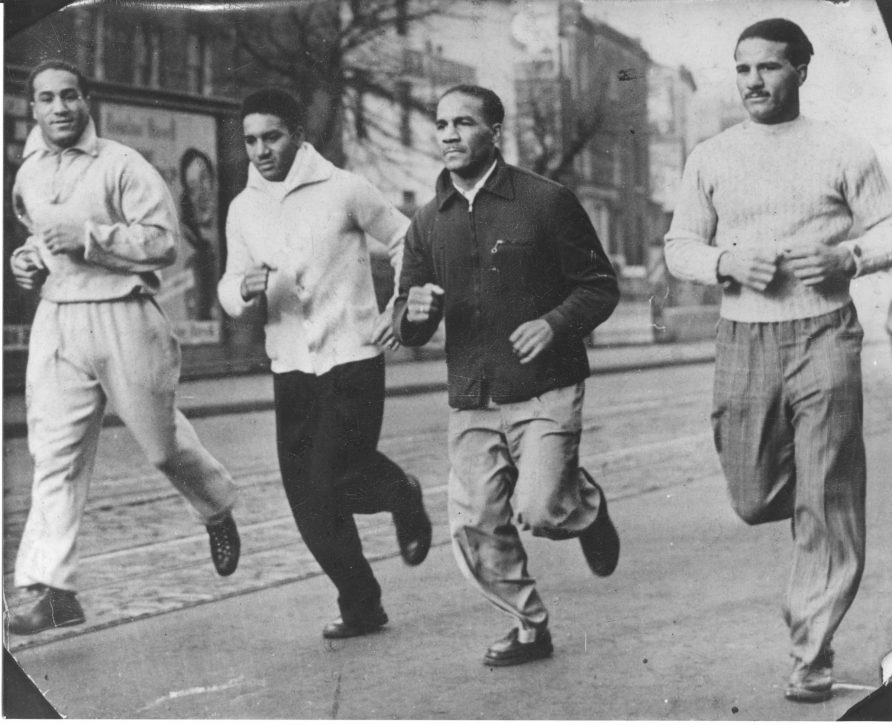 Aside from one brother, I am now the last of my family left who can talk about the family. I was born in Watford in 1927.

Our family was a boxing family of Watford. We were four brothers, known as the Buxton brothers. In the 1940s and 1950s, our family were featured in the Watford Observer nearly every week.

The best known family in Watford

My family were the best known family in Watford. My mother came from Bushey. My father came from Antigua in the West Indies. There were four boxing brothers. I was the youngest. In those days, we didn’t have a lot of explaining to do. Boxing was very popular, and Watford Town Hall hosted many boxing events. All four or us Buxton brothers fought in Watford Town Hall on the same night and bill, and we all won.

From 1946 to 1954 you will find a lot in the newspaper about our family. My brother Alex was British Light Heavyweight champion. He brought the first professional title back to Watford. He lost the title to Randolph Turpin – they were a boxing family similar to us, but there was only three of them.

We grew up the only dark skinned family in Watford

When dad came to Watford, they had never seen a black man before. During his life he became so popular. He was a good man. Everybody loved him. We grew up the only dark skinned family in Watford. But my father paved the way, and we never experienced any prejudice, not like there is today. We were part of Watford and I’m very disappointed about the way life has gone because, when I read in the papers about coloured people complaining about prejudice, I have never experienced it.

My mother and father, they died within six months of each other, in 1958. Laurie, he was the first coloured officer in the British army and he went to Sandhurst.”

There’s not all that of the old Watford left nowadays. Most of the people I grew up with have either moved away or died.

This article was originally published on Our Watford History, a website produced by Watford Museum.