You are here: HomenextEventsnextThe Art of Sporting Heritage Monthnext"What time's kick off?" 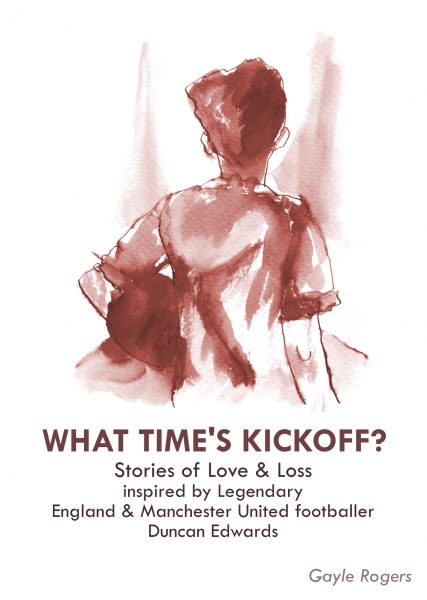 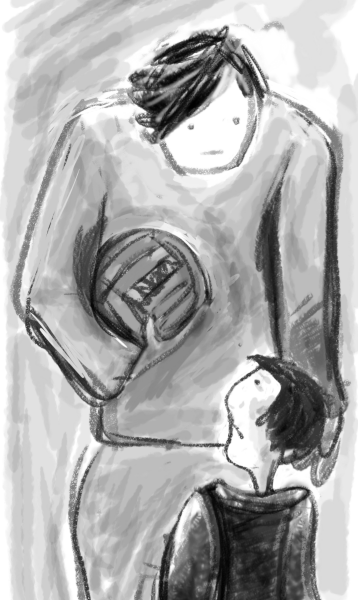 Gayle Rogers shares her work and thoughts ahead of her exhibition ‘Who’s That Dying On The Runway?’ (available throughout February 2022 at the Workers Gallery, Ynyshir, South Wales).

When the pandemic hit, I re-evaluated my research goals and where my art practice should go. Unable to work and run my art gallery, I began focusing on developing my digital and narrative drawing skills, whilst simultaneously writing a chapter for ‘Football and Popular Culture: Singing Out from The Stands’ (Published by Routledge 2021). During this time, I was able to reflect on the purpose of writing a PhD and wondered how I could expand its appeal for a wider audience. Growing in confidence as a writer and artist I began experimenting – asking is there potential for translating elements of my academic research in to a comic form or graphic novel?

In 2017 I was awarded a PhD by UCLan for my thesis: The commemorative activity at the grave of Munich Air Disaster victim, Duncan Edwards: A social and cultural analysis of the commemorative networks of a local sporting hero

The initial impetus for studying this subject was hearing my mother’s reminiscences about growing up with her cousin Duncan Edwards. Her stories sparked my interest in commemorative activity and sports. My PhD includes several interviews with family members telling their personal stories of being related to Edwards and of course my own experiences of being related to a ‘sporting hero’.

At the Football Collective Conference, Limerick 2017, I was greatly inspired by Dr Mark Panton. He presented the graphic novel ‘Tottenham’s Trojan Horse? A Tale of Stadium-led Regeneration in North London’ which encapsulated his PhD research in an accessible and engaging form. Panton had worked with illustrator Amanda Lillywhite to combine their skills to create this uniquely special work. The project linked art and football in a unique way and I was inspired but thought that’s a big undertaking.

But 3 years later I was at the jumping off point for ‘What Time’s Kick-off?’ ’[1] – the working title for my graphic novel based on my PhD and related research.

I have been undertaking new interviews with former and new participants and delving into the archives of the National Football Museum. I recently received an Early Career Researcher grant from the British Society of Sports History to help me at this critical stage of my project’s development.

I’m creating a series of new artwork that I can translate into zines or comics (printed and electronic) and exhibitions to hopefully encourage new and younger audiences to engage with the stories of others around this significant moment in British football history.

I do have a pressing imperative to collect memories from those who knew and saw Duncan Edwards as these ‘witnesses’ are getting older with many in their 70s, 80s and 90s. The unique voices of the commemorators will be interwoven into visual and written narratives not generally associated with academic research yet reflective of the times of the Disaster when the football comics, magazines, and periodicals such as Roy of the Rovers proliferated.

The popularity of a recently published/translated graphic novel based on the Czech sporting hero ‘Zapotek’ by Jan Novak & Jaromir 99 (Self Made Hero publishers) demonstrates that sporting history is considered a viable genre for this art form. There are also inspiring titles on Andre the Giant (professional wrestler) by Box Brown and Roberto Clemente (Puerto Rican baseball player) by Wilfred Santiago.

I hope that I can create a thoughtful and engaging work that will contribute something new and significant to the sporting history graphic novel genre.

[1] ‘What Time’s Kickoff?’ Is a title that paraphrases part of a conversation that allegedly took place between Duncan Edwards & the then Manchester United Assistant Manager Jimmy Murphy at Edwards’ hospital bed.