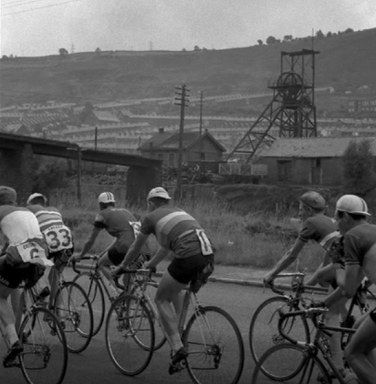 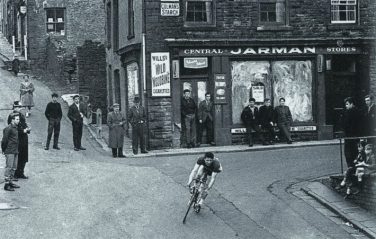 Following the reaction to my contribution at the Sporting Heritage Conference in Cardiff (October 2019), both from participants and people who viewed this externally via the Sporting Heritage YouTube channel, it became apparent that an expansion of the theme – the support a community gave to the establishment of a cycle race through its sense of heritage and belonging – could be worthwhile. To enable this I am developing the theme’s initially localised base – the mining and ironworking area of Blaenau Gwent in South Wales – to include similar locations within Great Britain and also related areas in Europe, by example Asturias, Silesia and North-Eastern France.

This proposition has recently been floated at a Bangor University researchers conference, again with a positive reaction. There being no formal academic structure at time of writing, I have begun to load items on the figshare.com website where they are available, in a roughly chronological order, to view. Astonishingly, there is very little structured academic work available on the subject. My key is to use the ‘community’ rather than a ‘personality’ or ‘event’ as the starting point. I welcome feedback with open arms.

Get in touch with me at Hip81b@bangor.ac.uk