Three NSHD2021 treats from the Supporters Trust At Reading (STAR) 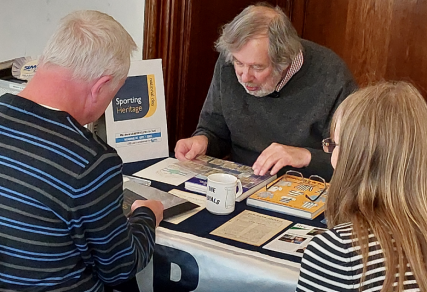 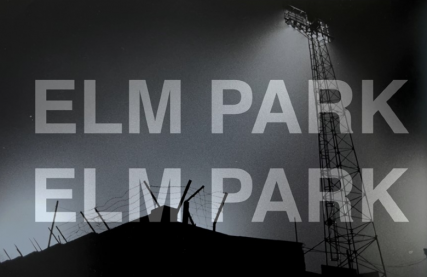 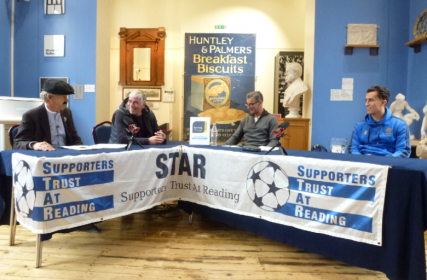 zoom
The Intergenerational Players Panel having a laugh
Reading Museum

For this year’s National Sporting Heritage Day we celebrated our heritage through a range of activities. Firstly, we hosted an event to publicise Reading Museum’s forthcoming exhibition on 150 years of Reading FC, and to engage potential lenders of artefacts. A dozen people came with some really good material and further donations have been forthcoming. This element was covered on both BBC and ITV regional news and gave the exhibition extra status with the council and the public.

We transformed some 20+ year-old fan-shot camcorder footage into a 15-minute film about the club’s old ground at Elm Park. This will be a lasting asset that the Trust and Club can use during the 150th anniversary year. It will be of interest both to supporters who remember the old days on the terraces and a surprise to those too young to know what it was like. The BBC have also asked for a trailer!

Finally, we presented an “intergenerational story” of different football lives through a Players Panel representing different ages. This was an hour-long session, compered by a BBC presenter and ex-player (Andy Williams) with Tom McIntyre (current RFC player), Neil Webb (former player, also representing his father who played for the club too) and a Trust member playing the part of Brownlow Haygarth, the club’s first England international back in 1875. BBC Radio Berks recorded the session for later use and editing as part of the 150th coverage, pre-Christmas. STAR also recorded it for a later release via the RFC YouTube channel where it’s had over 1000 views already.