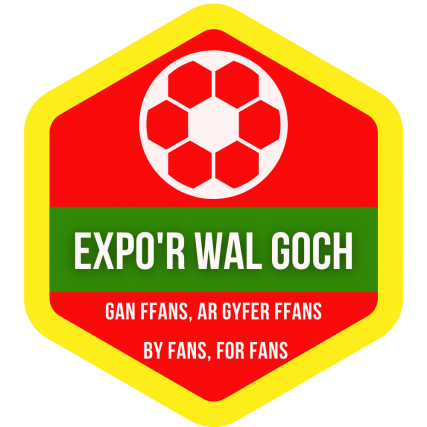 What is it about following your football team? There’s the friendship and the craic to start with. Following Wales too brings us together, but as a nation, and on my travels I’ve made friends from Fflint to Ferndale. As I shout my support for club or country, at home and away, I feel part of a community. I love all aspects of the game and I know that a lot of good work goes on at clubs off the pitch too – the volunteering, walking football for the over 50’s, mental health projects and all the stuff on diversity and inclusion, to name but a few. 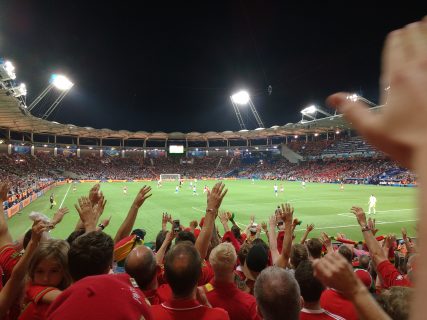 Wales fans at the Euro 2016 match versus Russia in Toulouse

But apart from making me feel good, can football really change lives? Our glorious summer of 2016 in France showed a real sense of belonging among us Welsh fans. The FAW’s ‘Together Stronger’ tag line may have been a marketing ploy but for once there was a solidarity between those in the stands and those on the pitch.

Fans who follow the national team abroad are ambassadors for Wales and we form, as one writer put it, ‘an independent travelling statelet’. Self-organised, autonomous, mainly working class and with our own cultural and fashion motifs. Welsh fan culture is self-confident, politically aware, diverse and uncontestedly bilingual. It’s broken out of the sporting periphery but can it escape the confines of sport altogether and have a greater societal impact? The new social enterprise, Expo’r Wal Goch, (‘Expo of The Red Wall’) thinks so. 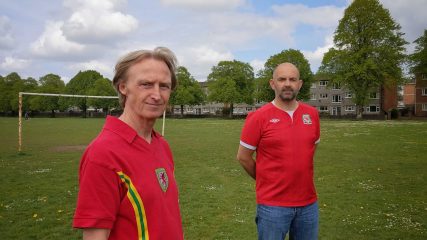 This June will see the inaugural Expo #EWG21. Inevitably, it must take place online but across four days, 1- 4 June, the Expo will offer a stage to explore the game’s social, cultural and political impact and heritage through talks and panel discussions.

It all kicks off with a lecture from Prof. Martin Johnes from Swansea University asking ‘What can football tell us about Wales and Welsh history?’ For nations without a state, ethnic basis or even linguistic unity, our national football team takes on added significance. It is one of the few pieces of tangible evidence that their nation exists.

Among a range of sessions, we will hear from Dr Penny Miles, from Bath University, explore the female fan experiences of the (men’s) Red Wall, home and away. She will delve into the good, the bad and the ugly of those experiences. Penny will also look at fan base construction in the women’s national game and how Wal Goch Y Menywod (The Women’s Red Wall) emerged during the last women’s qualification campaign.

We’ll explore how football fanzines are making a comeback, despite living in a digital age, and hear from Andy Walsh from the Football Supporters Association about community ownership of football: does it work and how can I own my own club?

If you have ever fancied yourself as the next Martin Tyler or Kelly Kates then you should tune in to the Expo session on the changing face of sports reporting. In the old days you would watch a game of football, hammer out a 500 word report, phone it in and go down the pub. Not any more. In the age of self-shooting, social media, live updates and the podcast, reporters have to be a jack of all trades. This session will outline how reporting football has changed, offer advice on what skills aspiring journalists need and how to get your first foot on the reporting ladder. There’s a session in Welsh and one in English.

The FAW Trust will tell us about its ‘Clwb Cymru’ initiative and the advice that is available for your club, from accreditation to communication, the legal stuff and community engagement. While on the Friday of the Expo we announce the winning poems from the children’s ‘Euro 2021’ poetry competition run by the Football Association of Wales and Literature Wales. 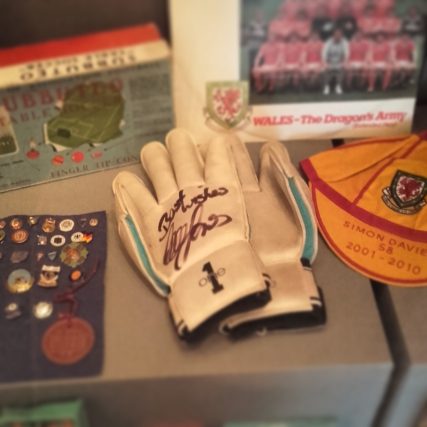 Friday sees also Sporting Heritage get in on the act with a session on the forthcoming National Football Museum of Wales in Wrexham, the draft national strategic framework for sporting heritage in Wales, and the football heritage network.

Expo’r Wal Goch 2021, #EWG21, will be held online between 1 – 4 June 2021. It is supported by the FAW Trust, Sporting Heritage CIC, Llên Cymru/Literature Wales, Grow Social Capital, Indycube. Everyone who signs up for the Expo will be entitled to offers and discounts from a range of suppliers of Welsh footballing merchandise, art and literature.