You are here: HomenextNewsnextBlognextBleddyn Williams – Prince of Centres 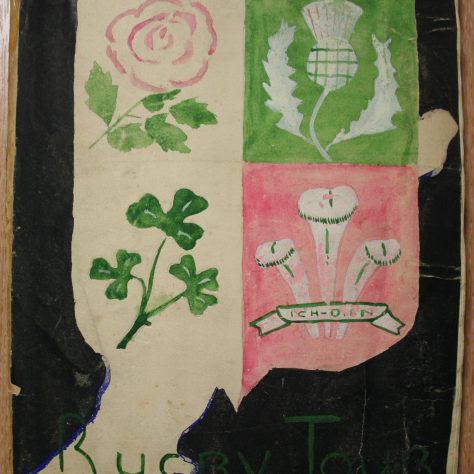 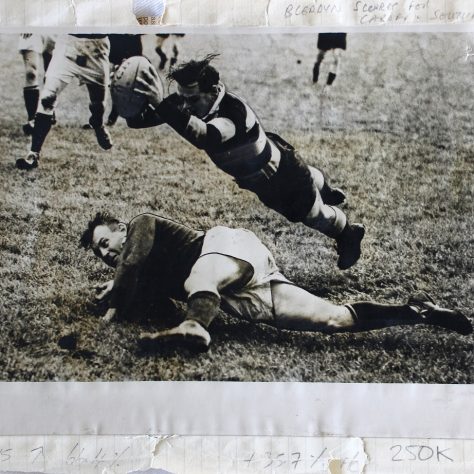 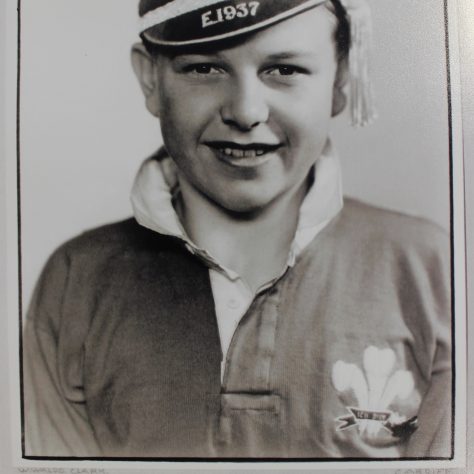 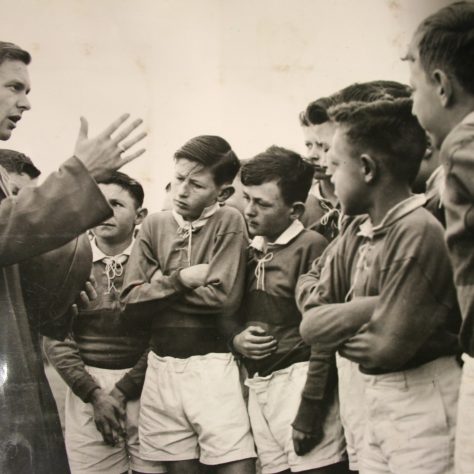 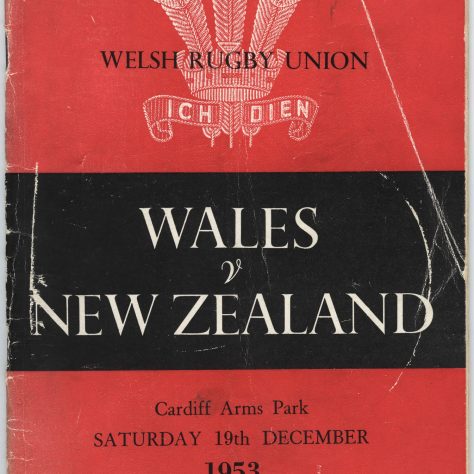 Rugby hit Wales and the world when the Rugby World Cup 2015 kicked off in Twickenham.  The Welsh team began their campaign on the home turf of the Millennium Stadium against Uruguay and faced a tough challenge in their group which includes formidable opposition in the shape of England and Australia.

Here at Glamorgan Archives, we hold the papers of one of the giants of the game, Welsh centre Bleddyn Williams.

The ‘Prince of Centres’

Bleddyn Williams, the ‘Prince of Centres’, played for Cardiff for many years.  His international career began in 1947, and he went on to represent Wales in 22 internationals, captaining his country five times. In 1950 he captained the British Lions for part of their tour to Australia and New Zealand.  In 1953 he captained both his club, Cardiff, and his country to victory against the touring All Blacks side.

His papers at Glamorgan Archives include photographs, newscuttings, programmes and correspondence relating to his rugby career, his time serving with the RAF during the Second World War, and to his school days at Rydal School, Colwyn Bay.

Amongst these are a wonderful series of photographs taken on the 1950 Lions tour to New Zealand, featuring action shots from the matches along with photographs of the players meeting children from local schools.

Each player on the tour was presented with a scrapbook compiled by a school pupil, and Bleddyn Williams’ album can be found within the collection.

It would be wonderful to strengthen the links between two great rugby nations, Wales and New Zealand, by finding out who those school pupils photographed meeting the Lions players were; and especially by discovering the name of the child who compiled Bleddyn Williams’ album.

The collection also includes photographs and programmes relating to the famous victories by Cardiff and Wales over the All Blacks in 1953.

This article was originally published on the Glamorgan Archives Blog, and is reproduced with their permission.