You are here: HomenextEventsnextNational Sporting Heritage DaynextNSHD2021 BlogsnextCelebrating the legacy of Claude Hailey and his passion for tennis

Celebrating the legacy of Claude Hailey and his passion for tennis 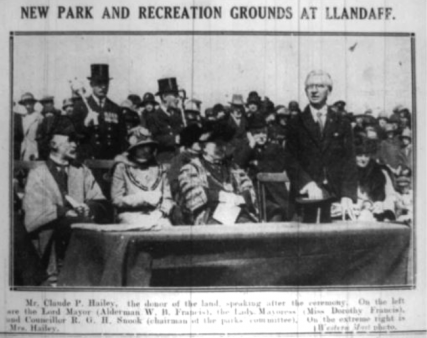 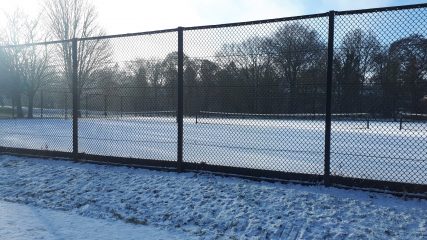 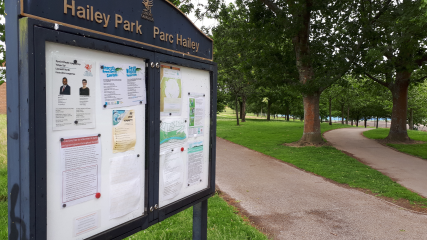 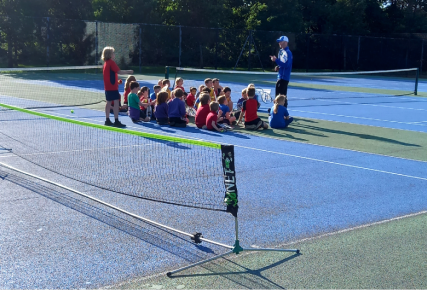 At the turn of the C20th Cardiff was the world’s greatest coal port, with fortunes and reputations built on the trade of ‘black gold’.

One such individual was Claude Hailey (1875-1938) who rose to the prestigious position of secretary of Cardiff Coal Exchange. But it is as a player and patron of tennis that we celebrated him for National Sporting Heritage Day. Hailey was a keen runner, golfer and billiards player, but tennis was his passion. He was South Wales Tennis Champion three times, runner up in the 1913 Welsh Championship, and later supported the efforts of Welsh players and teams in competition.

Hailey was keen that Cardiff’s working classes could access leisure and in 1923 wrote to Cardiff Corporation offering to donate land he owned on the banks of the Taff:

“the only conditions we desire to make are that the Corporation shall set aside a certain portion of the land for the exclusive use of the children of the district, and that they shall also see that the park is properly kept up year by year…we suggest that the land be laid out with a bowling green, tennis courts, putting green, quoits, or other forms of recreation which will be appreciated by the men and women of the district“

In May 1926 Hailey Park was officially opened and in the 95 years since, the park has been home to rugby, baseball, football, basketball, bowls, cycling and, of course, tennis.

Courts maintenance was below the standard that Hailey hoped for but in 2018 we secured ‘planning gain’ monies for the refurbishment of three of the five courts.

Throughout the week of National Sporting Heritage Day, we shared with local people and schools the story of Claude Hailey, and Tennis Wales offered coaching sessions to local people, all of which helps us re-engage with the community after the pandemic.