You are here: HomenextNewsnextBlognext60 Years a Gloucester Rugby Supporter 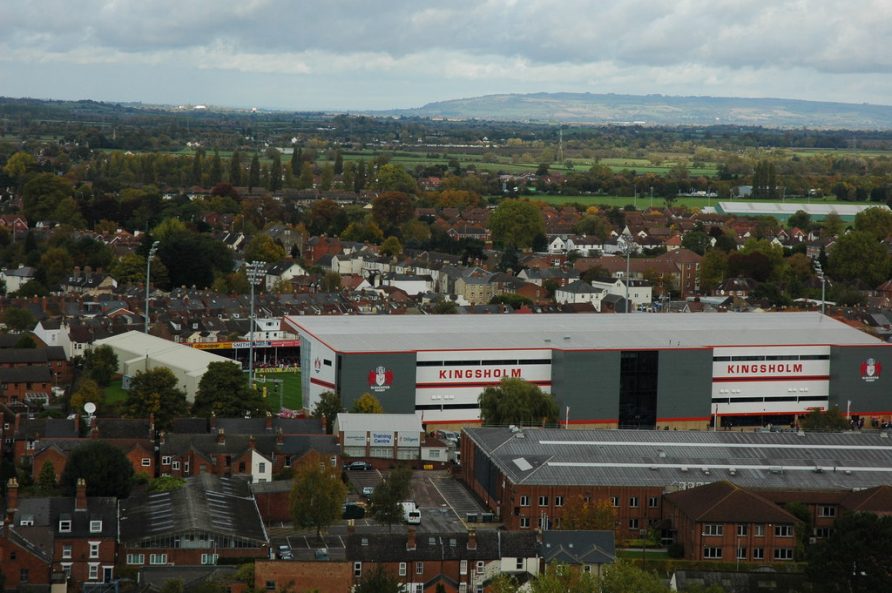 zoom
Kingsholm as it is today, far different to 1947.
Image by Philip Halling, originally uploaded to Wikipedia

The Kingsholm of 1947 was a far different world, the ‘shed’ of today was the ‘popular’ side or if you were an ‘old fogey’, the old stand side.The changing rooms were in the ‘clock’ corner and the open space under the, then, stand was used to store mowers and rollers. On match days several of us were allowed to put our motor cycles there, it was a very relaxed atmosphere, but we, of course, were Members rather than the season ticket holders of today and it was very rare for there not to be a Saturday match, 1st XV or United. No floodlights, 2.15 kick off in December, 3.15 in April for example.

At about 45 minutes before kick off the music would start, Military Marches filled the air, I think there were about eight to be repeated ad infinitum. Occasionally the RAF or Cinderford Town band gave us live music which made a welcome change.

Local Clubs and Schools supplied many a Gloucester player, as did the Forest while there were often players from other clubs who were working in the area, some of whom quickly became very popular. Also, in those days Cheltenham, Stroud and Lydney all fancied their chances against us, occasionally leaving the faithful with red faces! The University matches were important, especially if played during the build-up to their big match. Their, effectively, full time players were usually too fast for the Gloucester part timers; I recall Oxford once putting 40 odd points on us.

Some matches hold very rich memories, one such was a Cardiff fixture in the early 50s. They were the team of ‘all talents’ a little later to beat the All Blacks, the self-announced ‘Greatest club side in the world’, what chance then for Gloucester? The ground was packed solid an hour before the kick off, then they appeared, the great Cliff Morgan and a host of international players, we feared for our rather homespun team, almost too frightened to look. Then Hayden Morris was away bearing down on the Worcester street line, nothing could stop him. Oh despair! Oh joy, John Taylor brings him down a yard from the line, minutes pass we are looking less apprehensive, but Cardiff are still winning all the ball, but time after time Morgan is brought to the Kingsholm turf by Dennis Ibbotson. From this point everything became unreal and a dense fog in my memory, but I know Hook kicked a couple of goals, Cartmell the outside half, seemingly in slow motion, waltzed though the whole Cardiff back division to score by the posts at the tump end and soon it was over, 14-0 to Gloucester. To cap it all we won again the following year, but by a lesser margin.

Knowing my beloved team we probably lost to Stroud the following week and reverted to being ‘Bloody Gloucester’. Nothing changes, when we were bad, we were ‘Orrible’. The team versus Cardiff may have been, Hook,Taylor, Terrington, Sutton, Turner, Cartmell, Davies, Parry, Thomas, Hastings, Watkins [JK], Wells, Hudson, Hodge and Ibbotson, at any rate it’s pretty near! No team has a divine right – everybody wants to win but as long as you make your tackles and are not afraid to go down on the ball, [or the modern equivalent] it will come right in the end!

This article is reproduced from the Gloucester Rugby Heritage website.