You are here: HomenextNewsnextFeaturesnextTom Wills - From Rugby School to Australian Sporting Pioneer 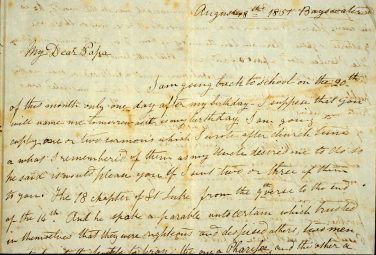 zoom
A letter Tom wrote to his father from Rugby in 1851.
Image courtesy of Greg de Moore 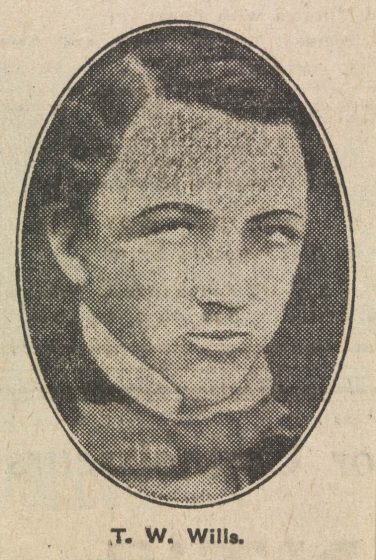 zoom
Tom when he left Rugby School in 1855.
Courtesy of Greg de Moore 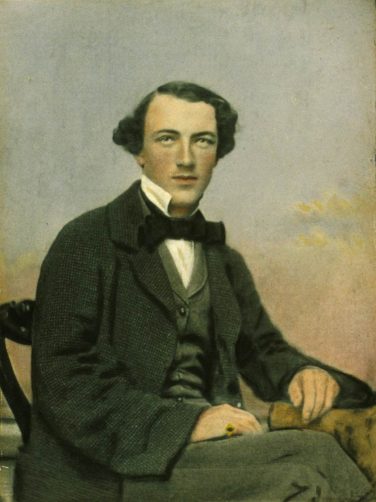 zoom
Tom in Australia in 1857.
Courtesy of Greg de Moore

zoom
Tom Wills (standing at back wearing a cap) with his aboriginal cricket team in 1866 outside the Melbourne Cricket Ground.
Courtesy of Greg de Moore

Tom Wills, educated at Rugby School, Warwickshire, was an Australian sporting genius. He created Australia’s national code of football; and was the central figure in Australia’s most compelling cricket story.

Born in Australia in 1835, Tom Wills was descended from convicts. At the age of 14 his father despatched him to Rugby School, which he attended between 1850 and 1855. He wrote homesick letters to Australia when he saw ice for the first time, as he strolled across the playing fields of Rugby.

It was on the sporting field that Wills excelled. He captained the school in cricket and was their finest rugby player; and he ran through the town and its countryside as a champion athlete. He learned three things at Rugby: how to play the nascent game of rugby, how to become one of the finest young cricketers in England, and how to drink beer.

Back in Australia as a glittering 21-year-old and dripping with the influence of his time in Warwickshire, Tom Wills revolutionised Australian sport. He was recognised as the finest cricketer in the colonies, and in the Melbourne winter of 1858 as cricket ended, he suggested that a football club be formed. From this suggestion he carved a unique code of football. This game is now the most popular sport in the nation – Australian Rules football.

Sport as a unifying force

At the peak of his fame, in 1861, his life changed dramatically. In that year he was part of a group of white settlers attacked by aborigines. In the massacre, 19 white settlers were slaughtered including his father. Tom Wills, remarkably, survived.

The life of Tom Wills, despite its spectacular highs, was rendered threadbare by its end. Impoverished, he died a lonely death.

The sporting template he learned at Rugby School, Warwickshire, changed his life, and charted a new course for Australian culture.

If you walk around the school, step into the cricket pavilion and there you will see the name of Tom Wills – captain of the cricket team 1855. And the textbooks he used still survive, they were found at the aboriginal massacre site where his father was killed. For whatever reason Tom Wills held on to his schoolbooks, a permanent link with his life in Warwickshire. In Australia he was always known as ‘Tom Wills of Rugby fame’.

The following are two links of value. The first is to the book biography of Tom Wills.

The second is to a radio interview exploring his life.