You are here: HomenextNewsnextFeaturesnextThe ‘Ancient’ Game in a Modern Conflict: Stoolball

The ‘Ancient’ Game in a Modern Conflict: Stoolball 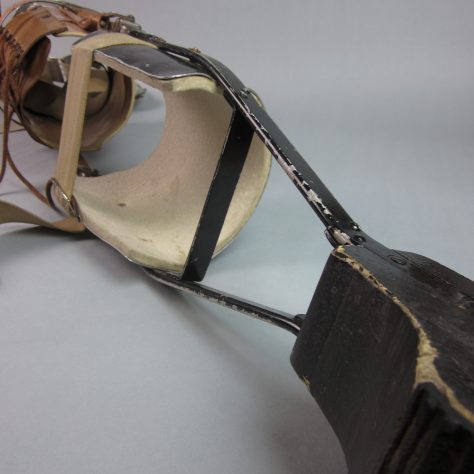 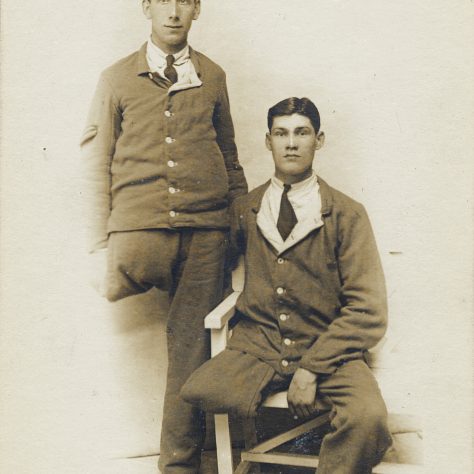 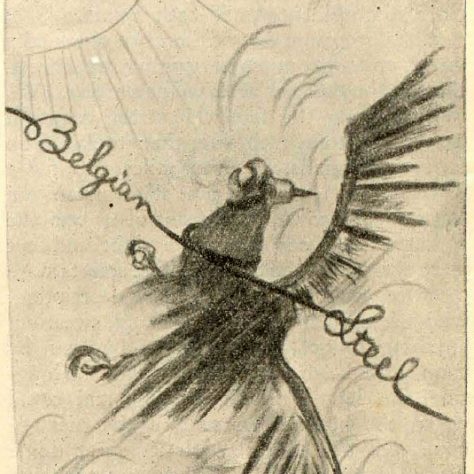 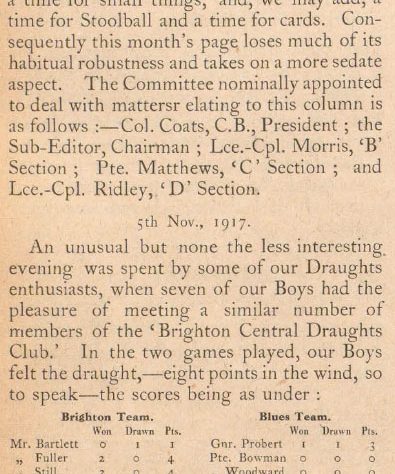 Disappointment at inclement weather putting a stop to play was all too clear to see. From the Pavilion “Blues” magazine, December 1917 [BH700117]
Image courtesy of Royal Pavilion and Museums, Brighton & Hove 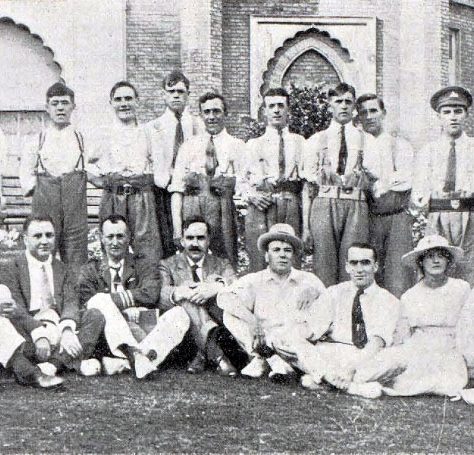 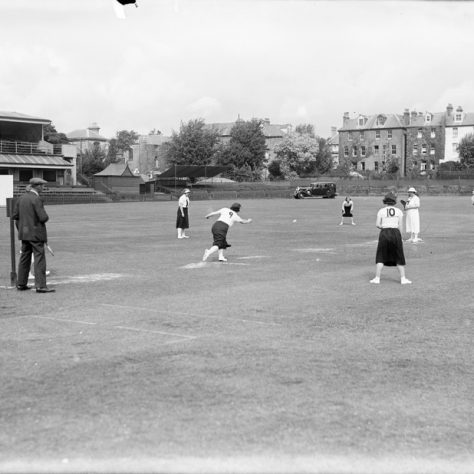 Technical advancement met the battlefield in the First World War. Increasingly mechanised on a scale never before seen, the war became a “storm of steel”, coined as the title to the memoir of German officer Ernst Jünger’s experiences on the Western Front.

Among scenes of mud, futility and sacrifice, particular forms of offensive and defensive weaponry became synonymous with trench warfare: the machine gun and barbed wire; sapping and the laying of mines; trench, field and heavy artillery and names like ‘howitzer’, ’18-pounder’ and ‘Big Bertha’; shell fire and shrapnel are to name but a few. The latter in particular claimed more lives than any, an estimated 70-80% of all fatal casualties. Furthermore, wounds from shrapnel significantly contributed to the approximately two million British soldiers, sailors and airmen that had been permanently disabled or disfigured by the conflict. This included over 41,000 amputees.

The first limbless patients at the Royal Pavilion were admitted on 20th April 1916 following the complex’s use as a hospital for Indian servicemen. Colonel Sir R Neil Campbell, “the trusty Scot to be relied on”, and his staff focused on rehabilitation and vocational training, pioneering at the time, laying the groundwork for today’s treatment of limbless ex-servicemen. Here, they convalesced to improve their strength before referral to Queen Mary’s Hospital at Roehampton, a specialist centre for fitting prosthetic limbs.

Maintaining morale of the invalided men as well as preparing them with the skills needed to find employment after the Army were very much part of daily life at the Royal Pavilion Military Hospital. The Pavilion “Blues” magazine, running from June 1916 to February 1920, gives a good insight into the activities patients involved themselves in. Sport features strongly, and a Sports Committee was quickly formed to organise events within the hospital and elsewhere, answering the cry “Play up “Blues”, and make the Pavilion the most interesting Hospital in Brighton”. Of the outdoor sports football, ‘king’ cricket and the ‘ancient’ game of stoolball would prove especially popular among the men, and women, who participated.

For those not familiar to stoolball, it’s probably best described as ‘cricket in the air’ with different bats, balls and wickets. My personal interest in the ‘ancient’ game comes from having played it whilst at primary school in Brighton. Regrettably, I have yet to pick up a stoolball bat in anger since and was completely unaware of its fascinating heritage and significance in rehabilitating injured soldiers until reading through volumes of the “Blues” magazine, seeing it referred to time and time again. This curious game predates cricket and other modern batting-sports, being played for over 500 years. It is even given a mention in Shakespeare’s comedy The Two Noble Kinsmen, “playing stool ball” supposedly used as a euphemism for sexual behaviour! The origins of the game lie firmly in Sussex and it could be argued that England’s first female sports ‘stars’ were those named in the Glynde Butterflies team of 1866, along with teams from other Sussex villages with brilliant names like the Chailey Grasshoppers and Selmeston Harvest Bugs.

The popularity of the sport has ebbed and flowed over the past 150 years or so, but midway through the First World War it experienced a real resurgence thanks to one Major William Wilson Grantham (1866-1942). He almost single-handedly revived the sport, suggesting its suitability to Military Tribunal for men invalided by war “for whom cricket or football was too strenuous”, prompted by his own son being wounded whilst serving in the Royal Sussex Regiment. Thanks to his efforts, knowledge of the game was passed to military hospitals such as the Royal Pavilion where it was very much enjoyed by patients and staff alike.

Heightening popularity resulted in matches featuring injured servicemen being played at the County Ground, Hove and elsewhere in the country, including Lords. The first of these matches at the home of cricket on 31st August 1917 featured teams from the 2nd London Hospital, ‘damaged by wounds’, and Ye Ancient Lawyers, ‘damaged by age’. It was reported in newspapers as far afield as Kalgoorlie, Western Australia and was also recorded for promotion and posterity by the Topical Film Company. Soon after the war’s end, showpiece matches were being played to raise funds for injured ex-servicemen such as that played at Buckingham Palace, watched by George V and Queen Mary, in September 1922. Through Major Grantham’s passion and determination, stoolball would experience a golden era and an almost worldwide reach being achieved, funds raised being used to send equipment and copies of the rules to Australia, Canada, Egypt and Japan.

This article was originally published by Royal Pavilion and Museums, Brighton & Hove, and is reproduced with their permission.