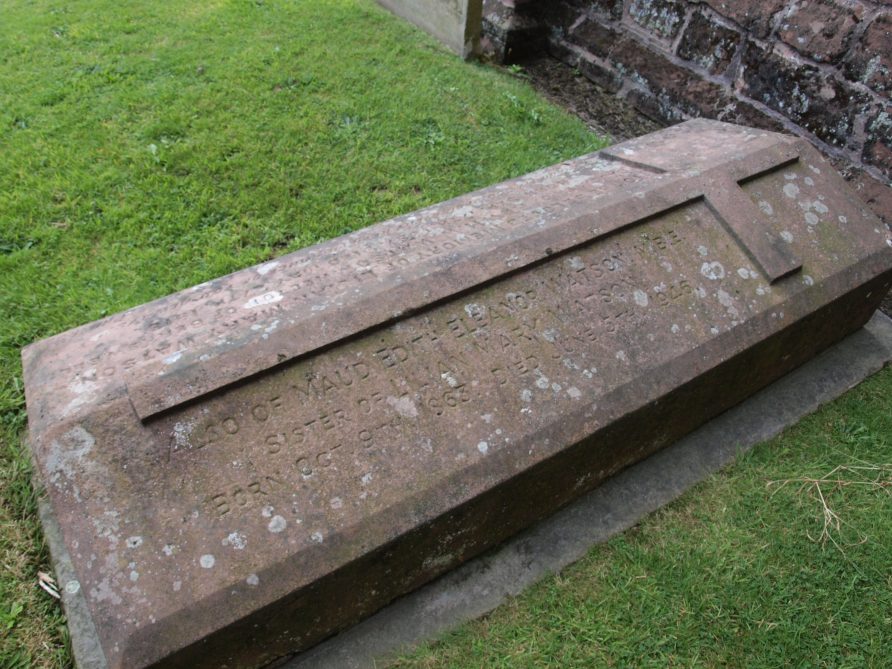 zoom
The grave of Maud Watson, buried with her parents at Berkswell.
Image courtesy of Caroline Irwin

It’s natural, when looking at Warwickshire’s place in tennis histories, to focus on the achievements of the Renshaw brothers. Their dominance of early tennis is well-logged, including on this site. However Maud Watson also merits a space in Warwickshire tennis history as her achievements include something that cannot be taken away – first ladies’ champion of Wimbledon.

Not that her victory elicited much attention in certain elements of the local media. The Warwick Advertiser managed a small paragraph1, merely stating that she had won the championship, and that she was the daughter of the vicar of Berkswell. No mention, even, that it was her sister who she beat in the final! This, then, got me thinking as to why this might be. Naturally I offer no answers, merely suggestions.

It would be easy to assume that the lack of coverage in this particular paper was due to tennis being in its infancy. Other evidence in the local media suggests this is not the reason for the limited coverage, however. An article on tennis in the Leamington Courier of May 23rd 1885 notes that “the fixtures for tournaments and matches are more than ever, showing how extremely popular the game has become.”2 The …Courier edition of July 23rd 1881 also devotes a number of columns to a ‘bazaar and lawn tennis tournament’, the ‘lady pairs’ being won by the Watson sisters. The report states that:

Their play attracted a large number of persons, and as the contest grew nearer its close, loud applause greeted the performance of any particularly good stroke. Neither was this applause unmerited, for better play than that which was shown by several of the ladies during the tournament can seldom be seen – the quick returns, the sharp volleying, and very frequent good service of some of the players being at time astonishing.3

Watson, indeed, is noted as being capable of “powerful service and returns” in contrast to some of her opponents, who relied more on placement.

This tournament, therefore, drew significant coverage within the local press. More, indeed, than the Wimbledon triumph. This could possibly be for cultural, rather than sporting reasons, however. It might be surmised that in this instance, the popularity of tennis is due to class reasons, rather than the game itself. The above article takes care to note that “there was a large and fashionable attendance”, whilst a list of the great and the good who not only attended, but patronised the event, takes up more space within the article than might be expected if we were to apply modern sensibilities.

The high cultural value of tennis is further emphasised in the May 1885  …Courier article. The tone in part one of the article on May 16th certainly positions tennis as being affiliated with a particular class. It states “fortunately, we are little, if at all, pestered with the professional element, but if the prizes should as rapidly increase in value as they have during the past three years, we shall find amateurs other than we desire competing with us” (my emphasis). When speaking of club members, the author goes on to note that “any laxity decreases the tone of the club… if… our committees are not on the alert, we shall soon have the pleasure of finding anything but agreeable companions on the lawn.”

It is safe to say that the author of this article is determined to maintain tennis as a high cultural pastime. The focus, then, is of class rather than sport. After retiring from tennis, Watson is considered worthy of being mentioned as taking part in the North Warwickshire Hunt4 but nowhere is it made clear if that social standing is gained from her status as former Wimbledon ladies’ champion… or as being daughter of the vicar.

Unsurprisingly, then, given the early background of the sport, it appears that Watson’s initial status within the county is gained as much by her social standing as sporting prowess. The lack of contemporary coverage in the Warwick Advertiser of her Wimbledon triumph might be attributed to the tournament being in its infancy but also, thanks to its geographic distance from Warwickshire, the lack of affinity with the tournament from those with a Warwickshire cultural capital. Nonetheless, this in no way should reduce her status, and place in a pantheon of Warwickshire sporting greats.

This article was originally published on the Our Warwickshire website.