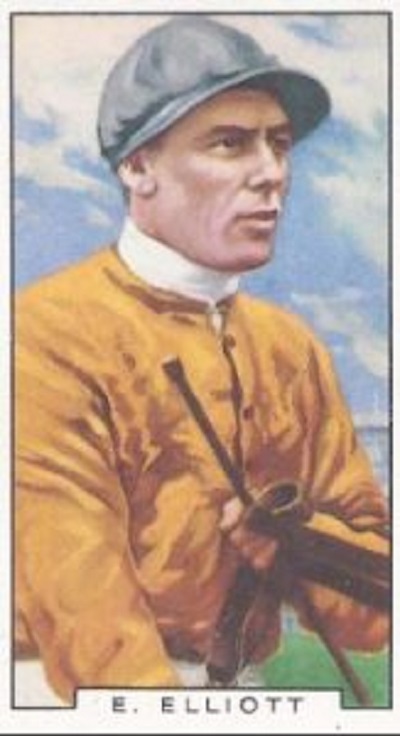 The Anglo-French clash in the St Leger was eagerly awaited and appeared to be a two-horse race. Heliopolis had won the Chester Vase in good style and met trouble in running in the Derby before an impressive victory in the Princess of Wales’s Stakes. His bubble then deflated. At odds of 1/4 he scrambled home by a neck in the Gratwicke (Produce) Stakes at Goodwood and then next time out, he could only manage fourth place behind Portmarnock in the Hyperion Stakes at Hurst Park. After winning the St Leger Trial Stakes at Gatwick, Herbert Blagrave’s Atout Maitre came into the picture, but he had no more than an outside chance. Galatea II, who was attempting to win the Fillies’ Triple Crown, had lost supporters since disappointing in the Coronation Stakes at Royal Ascot. Another from Lawson’s yard, Quick Ray was mentioned as a contender but Lord Astor’s colt flopped in the Manton Stakes at Salisbury. By the end of August the bookmakers offered 8/11 Blue Peter, 9/4 Pharis, 10/1 Heliopolis, Atout Maitre, 100/6 Quick Ray, Galatea II.

Both camps were confident. Jack Jarvis had a form line through his Gold Cup winner, Flyon, who had been beaten by Tricameron at Chester. Knowing how superior Blue Peter was, he was certain that his inmate would win. Furthermore he felt that Pharis’ confirmation would be unsuited by the firm going expected at Doncaster. Jack Jarvis, who trained the winner of nine English classics and was three times champion trainer, considered Blue Peter to be the best horse he ever trained.

In France they saw things differently. Blue Peter’s victory in the Eclipse suggested that he had peaked, whilst Pharis was still open to improvement. Rather than interpret collateral form they preferred to judge a horse on his racecourse accomplishments. Viewing Pharis’ brilliant performances, overcoming all sorts of trouble in running, they felt that their colt would come out on top. Elliott, who won fourteen English classics and every big race there was to win in France, considered Pharis to be the best horse he ever rode.

But we shall never know. As Pharis was settling in at Steve Donoghue’s yard the Nazis invaded Poland. Three days before the St Leger, Neville Chamberlain declared war, and all racing was cancelled.

If the winner of the “race that never was” was to be decided on the merits of their offspring, Pharis II would have the edge. He stood for one year in France before being commandeered by the Nazis in 1940, which meant he was lost to French breeders for five years before returning. Nonetheless he sired multiple top class winners.1

As for Blue Peter, he sired only two classic winners: Ocean Swell, winner of the Derby and Gold Cup, and Botticelli, winner of the Triple Crown in Italy and the Gold Cup. His other significant winners were Blue Train, winner of the Newmarket Stakes, and Unknown Quantity, winner of the Yorkshire Oaks. Blue Peter’s daughter, Glen Line, produced an Eclipse winner, King of the Tudors, and Our Babu, winner of the 2000 Guineas.

Although the war can be blamed for the failure of the “Duel on Town Moor” to materialise, actually Pharis was not impressing on the Blewbury gallops and was on the brink of being scratched. Nonetheless it’s worth recalling a certain English ambassador, quoted by Arthur Fitzgerald in “Prix de l’Arc Triomphe, 1920-1948”, who is supposed to have remarked: “it is inconceivable that in a country of sport-lovers like ours, war should have been declared before the St Leger, which was to be the race of the century and for which I especially planned my holidays”

Originally published on the National Heritage Centre for Horseracing & Sporting Art‘s Blog, and reproduced with their permission. Part one can be read here.