You are here: HomenextNewsnextFeaturesnextAtherstone Bans Tennis! 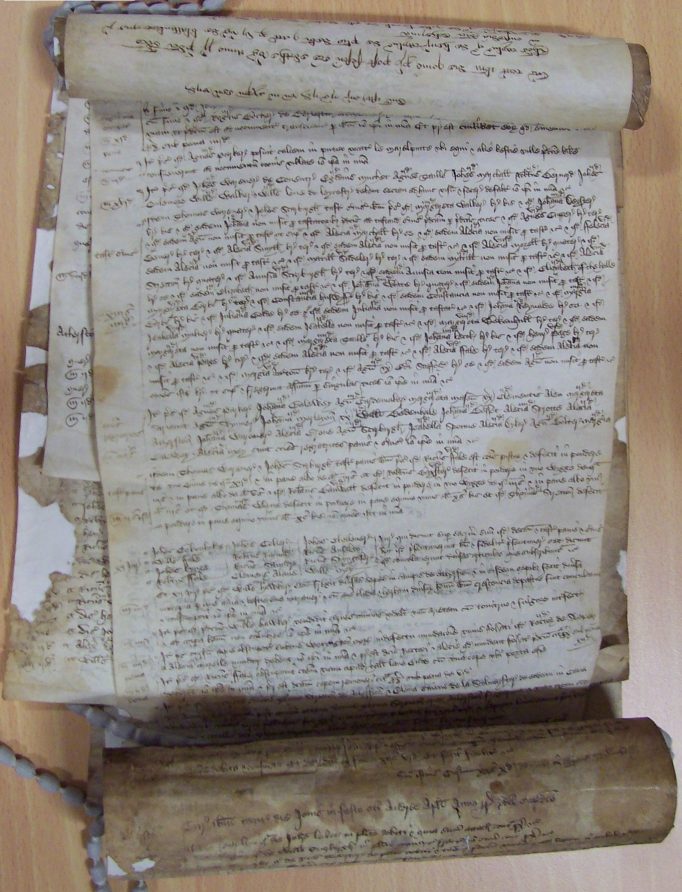 Ordered by the 12 jurymen that henceforth no one from the town of Atherstone play at the game called tennis under pain of 40d. for each occasion on which they shall be seen to play.

A background to the document

This document is part of 45 manorial rolls held within Warwickshire County Record Office, covering the period 1334-1601. They were acquired by the record office in 1934. Other pleas include a baker deficient in the weight of his bread, and selling sheep’s flesh unfit for human consumption. Of particular interest is the ordinance that the playing of tennis is banned in Atherstone.

Tennis was not merely the preserve of the ruling classes, although there are several indications that attempts were made to quash the game amongst the general masses around the time of the 15th century. Although the Atherstone document offers no reason as to why the ban was set in place, it has been suggested that such bans were to address concerns that people were neglecting archery practice in favour of more flippant sports such as tennis. The fine of 40d. imposed for playing the game is rather large, suggesting the courts were keen to suppress the game and deter people from playing!

Tennis in the 15th century was very different from the game we play today; the original form of ‘tennis’ is now known as Real Tennis. Perhaps surprisingly, tennis originates from the same background as football, and was played by monks in the cloisters. Originally the palm of the hand was used to strike the ball, until later the hand was protected by use of a glove. At the time of this document, the racket had yet to be introduced, first making an appearance around the early 16th century.

Thanks to Mark Booth for the transcript.