You are here: HomenextNewsnextFeaturesnextWomen in Civil Service Sport 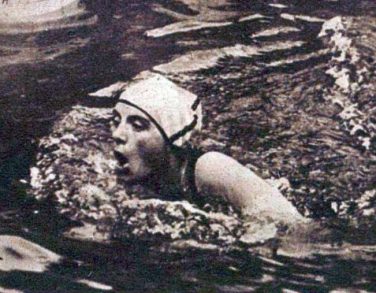 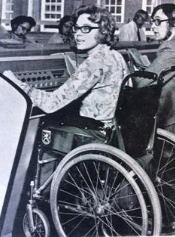 Next year, the Civil Service Sports Council (CSSC) will celebrate its centenary. Founded on 4 November 1921, the CSSC would rise to become the most extensive and powerful sporting organisation in Great Britain, its beating heart the famous Chiswick Sports Ground in West London, opened in 1926.

Initially, the CSSC’s main protagonists paid little heed to gender equality on or off the playing field. However, women were well-represented at the CSSC’s inaugural meeting and by 1923 a Women’s Sports Committee (CSWSC) had been set up to advise on all aspects of female sport with the Hon (later Dame) Maude Lawrence, a senior civil servant and enlightened sports protagonist at the helm.

In truth, sports like women’s hockey were already well-established in the civil service and the newly formed CS Women’s Hockey Association was among the first to affiliate to the CSSC in 1922, egged on by Lawrence.

Women’s membership of the CSSC climbed rapidly throughout the 1920s leading to a proliferation of dedicated sports clubs and associations mostly at Chiswick. Hockey and lawn tennis staked their claim early, the CS Women’s Rowing Association made its debut in 1927, a landmark women’s cricket match was played at Chiswick in 1928 and the CS Women’s Athletic Club (CSWAC) was formed in 1930.

On the international stage, Lucy Morton (pictured), a telephonist from Blackpool, won a gold medal at the 1924 Olympics for swimming; Maude Margaret Butler represented Great Britain in fencing in the 1928 Olympics; and Miss E Hiscock, a gifted athlete and Foreign Office employee, was invited to manage the British team at the 1932 Los Angeles Olympics.

Hilda Martindale, chair of CSWSC, writing in 1934, highlighted ‘“the huge opportunities now open to women civil servants compared to the days when croquet was considered the most suitable game for them and the riding of a bicycle by a women was a great innovation”.

The CSSC gave talented civil service sports women (and men) a springboard from which to ‘punch above their weight’ borne out in the closing years of the inter-war period: thus, 1938-9 saw women civil servants participating in international rowing regattas, the All England Women’s Cricket Association tour of Australia and the World Amateur Athletics Championships, where Evelyn Foster (CSWAC) broke the British record for the mile.

In the decades immediately following the Second World War, sport in the civil service flourished and women continued to build on their pre-war strengths. Vera Dace, a renowned left-handed international lawn tennis played at Wimbledon on fifteen occasions in 1946-61, as well as winning three gold medals in the World Table Tennis Championships.

CS Women’s Hockey hosted Antipodean sides at Chiswick in 1953, 1956 and 1959 and Jo Batson, Helen Hegarty and Marjorie Goldsworth were invited to join the English Women’s Cricket side for the 1957/58 tour of Australia and New Zealand.

Women’s athletics was a sweet spot in the pantheon of civil service sport. Thus, 1960 finds five civil service women – Messrs Jordan, Mouzer, Matthews, Lyon and White – among the British Athletics ‘Top Ten’. Joy Jordan already acknowledged as ‘the untouchable force of middle-distance running in Britain’ competed in the 1960 Rome Olympics and would set a new world record for the women’s 800m later the same year, blazing the trail for other would-be Olympians throughout the decade.

By the 1970s, the baton had passed to the CS Women’s Rowing Association who had emerged as one of the strongest centres for women’s rowing in the country. Nine of their number would subsequently form the nucleus of the women’s rowing national squad and three would participate in the 1976 Montreal Olympics.

CSSC archival material has little to say about sport for the disabled up until the 1970s. We know that the Commonwealth Paraplegic Games were held on four occasions between 1962 and 1974. However, we have no record of any civil service participants in our archives until the 1974 Dunedin Commonwealth Games in New Zealand when Carol Bryant, a telephonist from Lewisham (pictured), won six golds – fencing, table tennis, discus, 60-metre dash, team medley, swimming and pentathlon – one silver and one bronze medal. Carol (Caz Walton) would, of course later go on to become one of the most successful British athletes of all time and to be awarded an OBE for her dedication to disability sport.

You can discover more about the history of the CSSC and their planned Centenerary celebrations on their website.

You can also find more information about the CSSC and their sporting heritage on our collections page.