You are here: HomenextNewsnextFeaturesnextThe St Leger Stakes, Doncaster: Part One 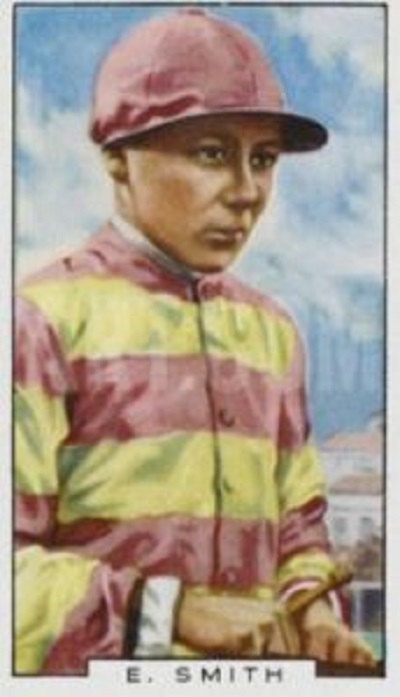 We know that “The fastest horse wins the Guineas; the luckiest the Derby – and the best horse wins the St Leger” but in 1939 we were denied the final classic. Blue Peter was certainly the fastest at Newmarket, he might even have been a tad lucky at Epsom, but would Pharis II had beaten him at Doncaster?

Blue Peter was a son of Fairway out of Fancy Free by Stefan the Great. Bred by his owner, Lord Rosebery, at his Mentmore Stud, the chesnut took the eye with his beautiful blazed-face. Put into training with champion trainer John (Jack) Jarvis at Park Lodge, Newmarket, his highly competent stable jockey, Eph Smith, wore the primrose and pink silks aboard Blue Peter.

After running green on his debut, on 1 October, when finishing down the field behind Heliopolis, at Kempton in the Imperial Produce Stakes, he then stepped up on that form when finishing second in the Middle Park Stakes, 1 ½ lengths behind Foxborough II. That pair headed the Free Handicap with Cecil-Boyd Rochford’s colt set to concede four pounds to Blue Peter (9st 3lb).

At three, Blue Peter was a revelation. Possibly short of work, he trounced nine opponents in the Blue Riband Trial at Epsom, winning by four lengths from Diadoque.  Seven days later the colt turned out for the 2000 Guineas.  Twenty-five runners faced the starter and Blue Peter was made 5/1 joint favourite with the Aga Khan’s Dhoti. After always being prominent, Blue Peter led coming out of The Dip when he was challenged by Hypnotist, Fairstone and Casanova. Just as he repelled them, Harry Wragg came with a typically late swoop with Admiral’s Walk. At the line, Blue Peter had half a length to spare from his stable-mate… and was promptly made 3/1 favourite for the Derby.

Those who opposed the favourite for the Empire Day Derby doubted his stamina, but they were proved wrong. Trained to perfection and ridden confidently, he won the 27-runner contest, by four lengths and three lengths, from Fox Club and Heliopolis. Whilst giving the winning connections their first Derby the Triple Crown looked to be theirs for the taking.

Making a name for himself

Before then he took on his elders in the Eclipse Stakes and won by 1 ½ lengths from Glen Loan. Running lazily he was not as impressive as he had been at Epsom. He had done nothing wrong, however, and was the obvious favourite for the St Leger. Meanwhile in France Pharis II was making a name for himself.

Pharis II was a son of Pharos out of Carissima by Clarissmus. The impressive black colt grew to 16.2 hands and possessed a calm temperament. Owned by Marcel Boussac, Pharis was placed in training with Boussac’s private trainer, Albert Swann. Charlie Elliott, as Boussac’s retained jockey, would wear the orange jacket, grey cap colours aboard Pharis. Elliott had been apprentice and stable jockey to Jarvis, who considered him, by the age of 19, “the equal of any jockey in the world”.

Neither Boussac nor Swann was in a hurry to race the colt and he did not run as a juvenile. Like the horse across The Channel he was a revelation at three. In late May, Pharis made his debut in the Prix Noailles at Longchamp (1 ½ ml) and easily beat the favourite, Foxhound, by three lengths.

On 11 June, he won the Prix du Jockey Club in impressive style. Run in a torrential storm, Pharis’ pacemaker, Horatius, made the running, while Pharis was settled at the rare. As he moved up, he ran into interference and then seemed to lose his chance. Gathered by Elliott and asked to quicken, he produced a scintillating turn of foot, passing his 13 rivals, and running down the leader, Galérian, to win by 2 ½ lengths. In giving Boussac his fifth French Derby in such thrilling style Pharis became a hero overnight.

A fortnight later, Pharis‘ next performance was an equally dramatic win in the Grand Prix de Paris (15 furlongs) at Longchamp, on heavy going. Settled at the back of the 20-runner field, with two furlongs to go, Elliott found himself boxed in behind some of the weakening runners and clipping heels, Pharis stumbled. However, as soon as an opening appeared on the rail, Elliott, sent him through and Pharis flew home, winning by 2 ½ lengths and 2 lengths from Tricameron , winner of the Ormonde Stakes, and Etalon Or, with Allegory fourth and Galérian fifth. The Captain Boyd-Rochford trained Hypnotist was the only English representative and was well beaten. Not only was Pharis the champion of France, but he was being compared with “The Avenger of Waterloo”, Gladiateur.

Originally published on the National Heritage Centre for Horseracing & Sporting Art‘s Blog, and reproduced with their permission. Part two can be read here.