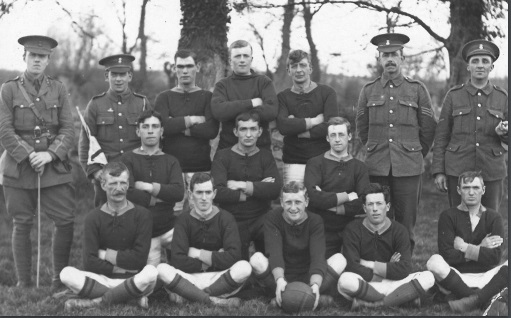 The notes state that the majority of these men were from Anglesey – mostly the Holyhead area – but only two are named. The officer standing on the far left is Lieutenant Morgan of Bryngwran, and the chap sitting holding the ball is Owen Williams of Holyhead. Interestingly Owen Williams must have been a talented footballer, as in civilian life he was a professional player who turned out for Liverpool.

This article was originally published on the Anglesey Archives website, and is reproduced with their permission.