You are here: HomenextNewsnextFeaturesnext‘I Gotta Horse!’ - Ras Prince Monolulu at the Warwick Races

‘I Gotta Horse!’ - Ras Prince Monolulu at the Warwick Races 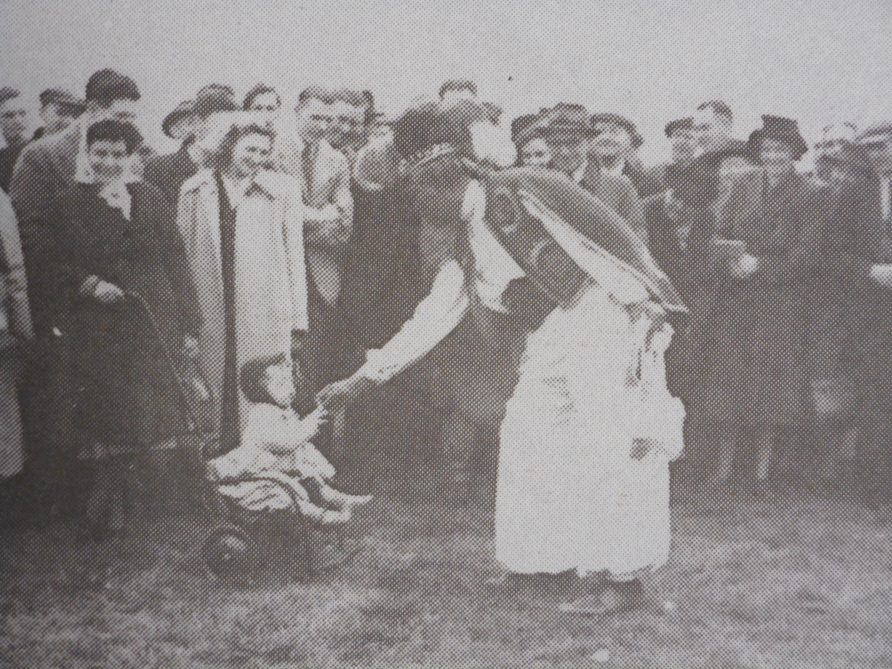 With his striking feathered headdress, his jewelled and embroidered attire and his signature cry of ‘I gotta horse!’, Ras Prince Monolulu must have been a difficult figure to miss.1 In the 1920s to 1950s, the tipster was a famous sight in racecourses across the UK. He mainly operated down south at the Epsom Derby, but he could also be found closer to home at the Warwick Races.

In fact, he became such a ‘familiar figure’ in Warwick, that major events in his life were reported in the local newspapers. When he married Nellie Atkins, the event was reported in the Warwickshire Advertiser:

‘Warwick racegoers will be interested to hear of the marriage of “Rass Prince Monolulu,” the coloured racing tipster, who has been a prominent figure at Warwick Race meetings for many years…’ [sic]2


And when he was arrested for using ‘indecent expressions’ in a speech in London, our local papers reported

‘Ras Prince Monolulu’, the tipster, who has frequently amused crowds at Warwick Races, was fined £2… He was stated to have handed a Union Jack to the policeman who arrested him and to have asked the constable to wave it on the way to the police station. P.C. Pitt agreed with the ‘Prince’ that the majority of the crowd were enjoying his speech. Prince Monolulu: Then I am doing work of national importance (Laughter).’3

Part of the fun

Alan Grundy, of Newmarket’s National Horseracing Museum, described Monolulu’s performances as ” completely over the top, completely burlesque… Taking and backing a Monolulu tip would have been part of the fun.”4

Does anyone remember Ras Prince Monolulu at the Warwick Races? Perhaps you bought a tip from him? If so, was it a winner, or was it all just ‘part of the fun’?