You are here: HomenextNewsnextFeaturesnextA Century for Billy Spiller: A Glamorgan officer’s rise to stardom.

A Century for Billy Spiller: A Glamorgan officer’s rise to stardom.

This year the South Wales Police Heritage Centre has led a research project to tell the story of former Glamorgan police officer and sportsman, Billy Spiller.

Billy was born in St Fagans, near Cardiff, on 8th July 1886. In 1904, aged eighteen, he followed his father, who was also named William, and his older brother Harry into policing. In a thirty-two year career Billy served in Cardiff, Hirwaun and throughout the Vale of Glamorgan. 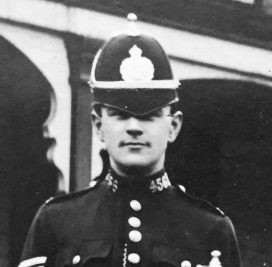 While serving as an officer, Billy was also propelled to relative fame for his abilities both on the rugby and cricket pitch. Between 1910 and 1913, he made ten appearances for Wales and played a role in the Grand Slam winning side of 1911. He also represented Glamorgan County, Glamorgan Police, Pontypridd and Cardiff at club level 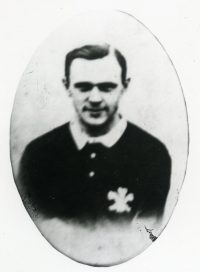 At the cricket crease he represented St Fagans and later Glamorgan at Minor and first-class level. Throughout his cricket career Billy scored numerous centuries but none were more important than that he scored for Glamorgan after the club’s elevation to first-class status in 1921. To mark the centenary of his record-making innings, South Wales Police has produced a booklet to acknowledge his sporting achievements and his career as a police officer.

The booklet is titled Billy Spiller: Sportsman and Policeman and features written sections by representatives of South Wales Police and the Museum of Welsh Cricket. It will be available in due course via the project pages of the South Wales Police Heritage Centre: https://bit.ly/3xPHbUN

The work undertaken during this research project was also summarised in this short video produced by the Heritage Centre.

If you would like to get in touch with the Heritage Centre to discuss Billy’s story, or any other matters regarding police history and heritage in south Wales, please email us at POLICEHERITAGE@south-wales.police.uk.