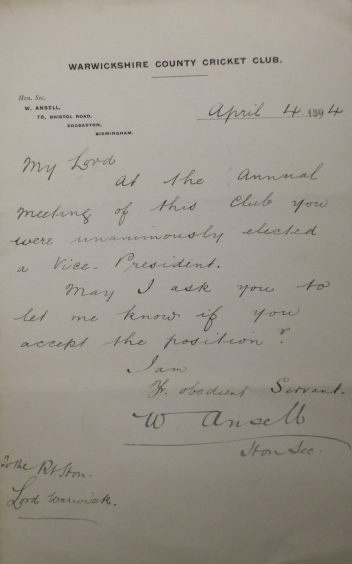 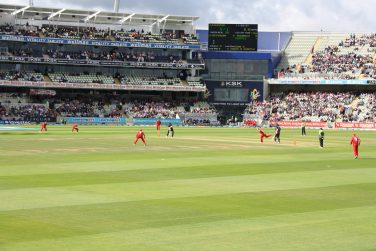 By a quirk of administrative boundary changes, Warwickshire’s home at Edgbaston is not in the current county. Delve back to its early years however, and some of the key places and people hold a link with the current county as it is drawn up.

Early cricket in the county

Before the official formation of the county side, schools such as Rugby were particularly strong (see, for example, the article on Tom Wills) while George Parr and John Wisden (who achieved lasting awareness to this day through his famous Almanack) set up a cricket ground in Leamington in 1849 that hosted many important cricket matches of the period. Previous outfits had styled themselves as Warwickshire CC, including Wellbourne (later Wellesbourne), who played at a ground near Warwick Racecourse briefly, where a Pavilion was erected at a cost of £400. Leamington had always been an important Warwickshire sporting hub however, and it was in 1882 at the Regent Hotel that Warwickshire County Cricket Club was formed.

The first president of the new club was Lord Willoughby de Broke, who also played in a number of the early fixtures. In 1883 he played in three of the five matches, although he only scored 14 runs. A further meeting at the Regent Hotel in 1884 attempted to establish a fixed home ground, but the strength of the Leamington and Warwick clubs in the early days saw this proposal thrown out. The nomadic nature of the early Warwickshire, however, did not see either sporting or commercial success, so in 1885 it was established that a ground should be built in Edgbaston, with Lord Willoughby de Broke proposing the motion.

Connections with Warwick and Leamington were still strong, however, and the County Record Office holds a letter from William Ansell (the main driving force of the club in its early days) advising Lord Warwick that he had been made a Vice-President. The enthusiasm for the game shown by the family can be seen in a scrap book from 1898 (CR1886/TN939).

Playing within the modern county boundaries

In recent years Warwickshire have started playing games at Rugby School, and 2014 again saw the first team play there on 10th August, in a 50 overs game against Kent. Warwickshire’s sporting heritage, however, demonstrates that county identity can be remarkably stable, even as the geographical boundaries change.

This article was original;ly published on the Our Warwickshire website.