You are here: HomenextCollectionsnextScotlandnextNHS Greater Glasgow and Clyde Archives

The papers of Thomas McLurg Anderson are our primary sport-related collection. McLurg Anderson was a professional boxer and athlete in the 1920s, before becoming a physiotherapist and coach. He wrote extensively on correct sporting technique from the 1930s to the 1970s. Of particular interest is his film footage of an extremely wide variety of sports; McLurg Anderson was the only non-professional cameraman at the 1948 London Olympics, and some of the footage appears to be from these Olympics.

Steve Chalmers, Celtic Football Club forward and “Lisbon Lion” best known for scoring the winning goal in the 1967 European Cup final, was treated in Belvidere Hospital for tubercular meningitis in 1956-57 – then a usually fatal condition. We hold a VHS tape of an interview between Chalmers and his doctor Peter McKenzie, conducted in 1987, covering both Chalmers’ treatment and his views on how football was changing at that time.

Inter-hospital sports competitions were common in the first half of the 20th century, as a significant proportion of staff lived on-site. Asylums also frequently held sports days and competitions for patients, as part of the recovery process. We hold photographs and records of these events throughout our collections. Bowling, golf, tennis, and cricket are the most commonly covered sports.

A full source guide is available on request. 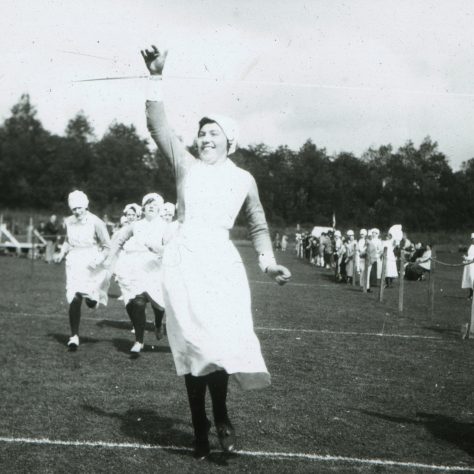 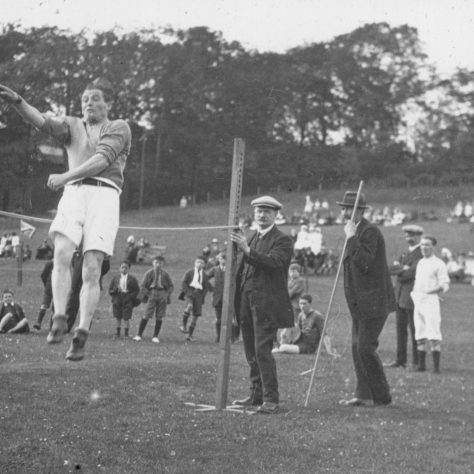