You are here: HomenextCollectionsnextScotlandnextHighland Folk Museum

The Highland Folk Museum is located in Badenoch in the central Highlands of Scotland. The area is a stronghold for the ancient indigenous Scottish sport of shinty (known as ‘camanachd’ in Gaelic), with the museum standing roughly equidistant between the nearby grounds of the sport’s two most famous and successful clubs: Kingussie and Newtonmore.

Shinty’s ruling body, the Camanachd Association, was founded in Kingussie in 1893, and the game today is a firmly-embedded part of community life across the region. The Highland Folk Museum holds outstanding collections of memorabilia, including team jerseys, sticks (‘camans’), balls, trophies, medals, programmes and a great many photographs.

In 2019 these collections received development funding from Museums Galleries Scotland for a project to radically increase and broaden their accessability and appeal. The agreed intention of the project is to establish the Highland Folk Museum as the recognised home for a ‘National Collection of Shinty Memorabilia and Material Culture’ in Scotland, with official endorsement from the Camanachd Association and Museums Galleries Scotland

The museum also a strong collection of curling stones, as well as a small collection of golf clubs and other late 19th century artefacts relating to the game in the Highlands. There is also material relating to game shooting, including some important sporting guns. 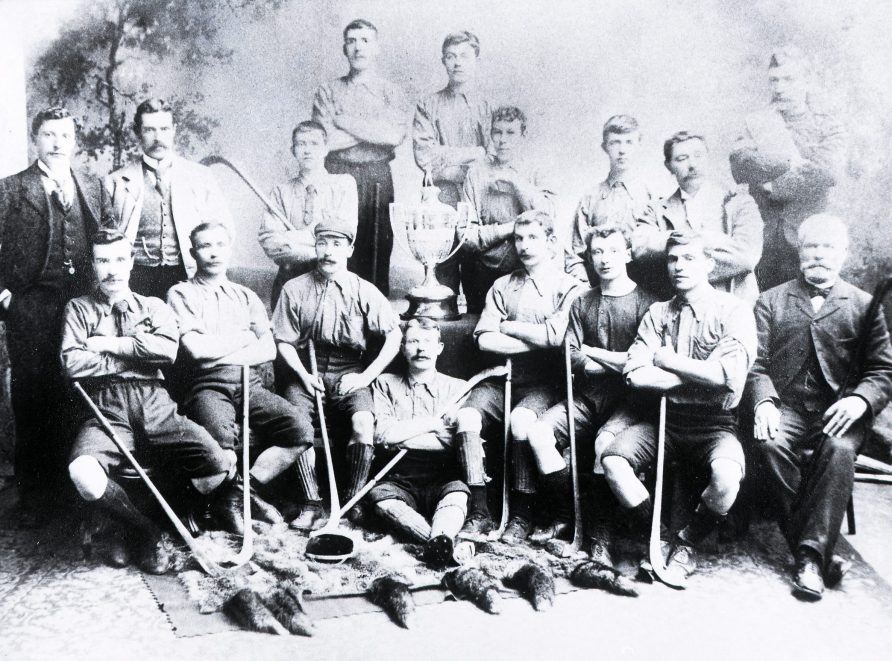