You are here: HomenextCollectionsnextEnglandnextLondonnextPara Dance UK

The roots of wheelchair dancing in the UK can be traced back to the late 60s when a rehabilitation centre in Scotland was teaching people how to manoeuvre their wheelchairs and realised this could be done to music. A Wheelchair Dance Association was set up in the seventies and although team dancing developed, the international competitive style did not catch on.

WDSA (UK) was the National Governing Body for the sport in the UK, as recognised by IPC, WDSF, WWDC and IDSF among others.

As the charity grew, the Head Offices moved to North London to be central to the UK in 2012. The charity started developing new ideas around inclusive dance to include a wider range of people from the disability community.  After the International Paralympic Committee the World Para Dance Sport rebranded the sport worldwide to Para Dance Sport in 2016, the WDSA (UK) followed suit in 2017. They are now known as Para Dance UK. 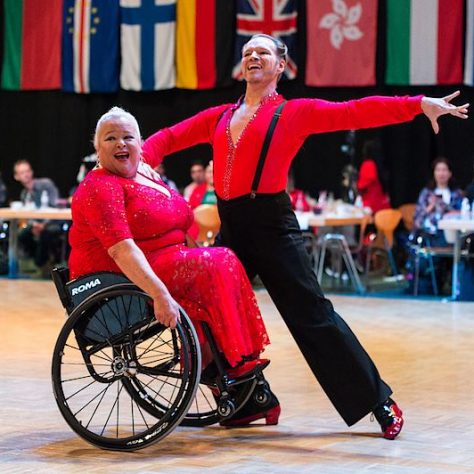 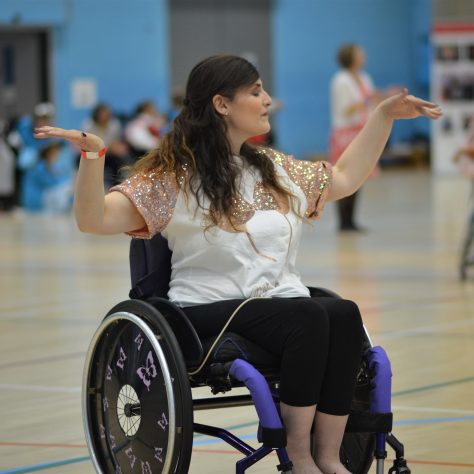 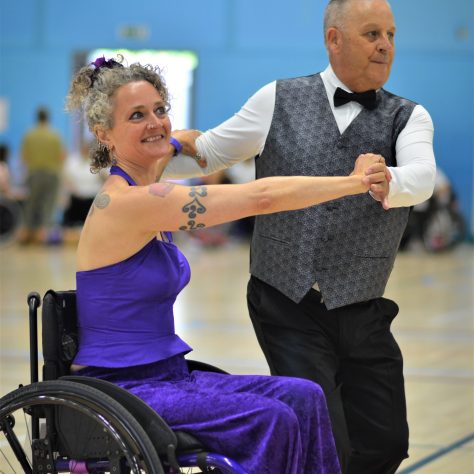 Combi Couple a standing partner with a wheelchair user
ParaDance 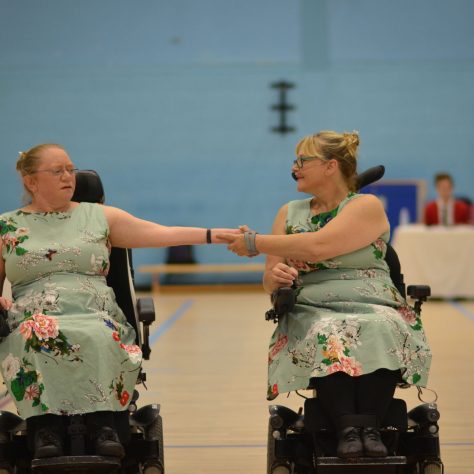