You are here: HomenextCollectionsnextEnglandnextLondonnextThe British Museum

The British Museum holds many antiquities dating across a period of some 2,000 years and more. Unsurprisingly, the Olympic Games feature heavily in the museum’s sporting collections.

Many of the competitions of the modern Olympic Games are inspired by ancient games and sports.

The ancient Olympics were held every four years from 776 BC to 393 BC at Olympia in Greece. Since 1896 the modern Olympic Games have also taken place every four years, but moved to a new city each time. Medals from the 2012 games in London even went on display in the British Museum before the competitions began.

Perhaps the most famous competitions of the modern Olympic Games are the athletic events. The ancient Greeks competed naked in the athletics competitions – fortunately, some things have changed in the last 2500 years. The British Museum holds many antiquities, including a cup showing athletics (Greece, 470–460 BC), a Kylix showing wrestlers (Greece, 490–480 BC), and a commemorative medal from 1980 Moscow Olympics (Poland, AD 1980). 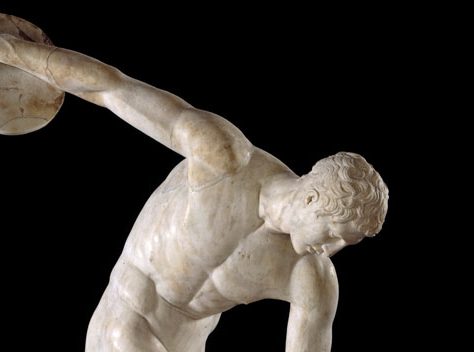 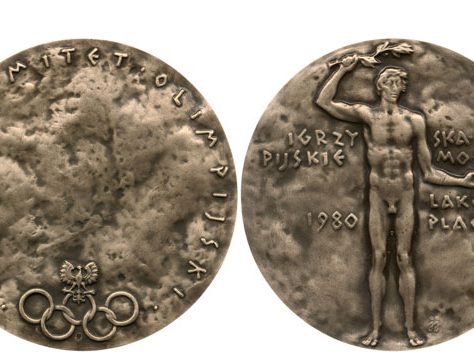