You are here: HomenextCollectionsnextEnglandnextLondonnextNational Portrait Gallery

The National Portrait Gallery has a vast collection of images relating to sporting heroes of Great Britain from both past and present. Images trace the popular image of the British sporting hero in works of art dating from the 18th century to the present day. Included are video animations of Olympic heroes such as Steve Redgrave, portraits of contemporary success stories such as boxer Lennox Lewis, and a 19th century portrait figure of boxer Tom Cribb. 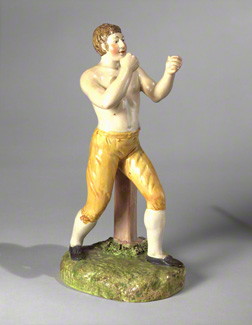