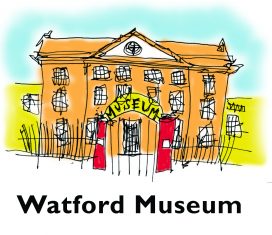 Local sport for the town of Watford, and specifically Watford Football Club
Watford Museum officially collects and cares for the heritage of Watford FC including Watford Women, working in partnership with the club, WFC CSE Trust, and fans organisations including The Watford Treasury and Proud Hornets on projects to save and celebrate the club’s history, including particularly strong community, social and diverse history. Watford Museum is part of a project called the Watford Treasury, producing regular publications on the history of the club. We have worked with the Watford FC CSE Trust in partnership on an HLF funded project on the 25th anniversary of the Trust. This partnership led us to supporting them in the establishment of the Golden Memories, a project using the museum’s collections with sessions for people living with dementia. The museum delivers regular exhibitions, recent ones including Watford’s Wembley Finals, and One Graham Taylor. We also host events with the Watford Treasury and Proud Hornets, and have a joint stand with the Proud Hornets at Herts Pride.

The Watford FC collection includes programmes, photographs, memorabilia , replica and match worn kit, and amazing one of a kind items including the large Watford Observer Clock from the old Rookery Stand, the rainbow captain’s armband from our first Rainbow Laces match, an Elton John WFC stage costume and Watford’s first trophy dating to the 1899/1900 season. In addition we display the club’s main trophies, including the 1999 First Division Play Off Final Trophy on loan from the club. The collection is being digitalised and catalogued so not exactly sure of the number of items, but the earliest item goes back to 1881 and we are actively collecting. 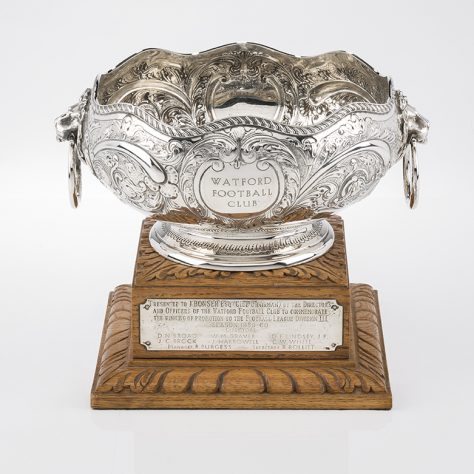 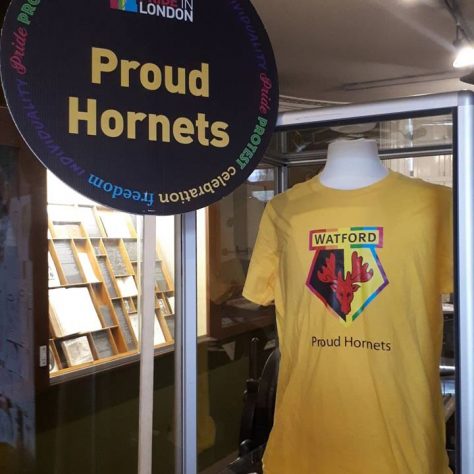 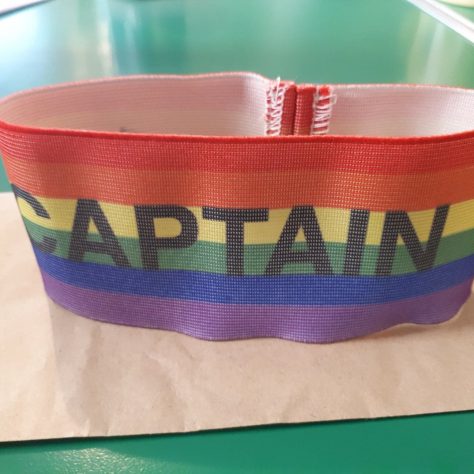