Stoolball is an ancient English game which has been played for over 500 years. It is at the origin of baseball and perhaps cricket too, and is mentioned in Shakespeare’s ‘The Two Noble Kinsmen’.

Once popular right across England, it has been played at Lord’s cricket ground and in the gardens of Buckingham Palace, and overseas including Sri Lanka, India and Australia – even on ocean liners! In 2012 stoolball made history again with its first ever England match.

The collection is varied and spread out across the country. It consists of photos, equipment, costume and AV material. 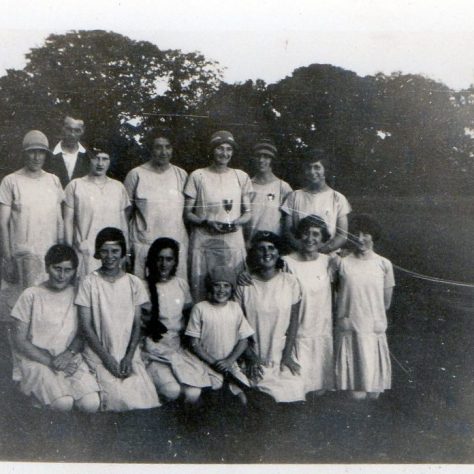 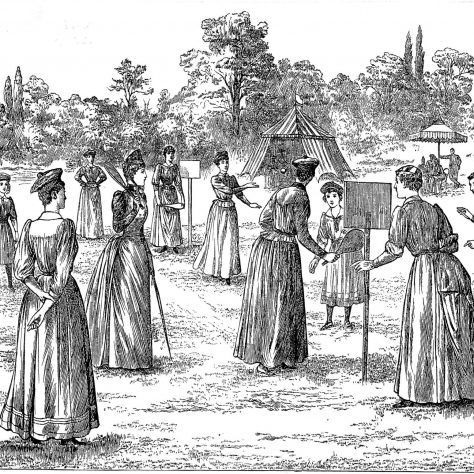 Drawing of stoolball from Girls Own magazine, 1891
Courtesy of Stoolball England