You will discover the history of the Albion, a football club that has enjoyed the good times and endured the bad times too! There have been trophies, promotions and great victories – but there have also been relegations, humiliations and near-disasters. Following the Albion is an emotional rollercoaster.

But through the ups and the downs, the loyalty of the supporters has shone through. There have been times when the club’s very survival was at stake but has always recovered, and now thrives, thanks to its followers.

Come to the American Express Community Stadium to experience the Albion story for yourself. 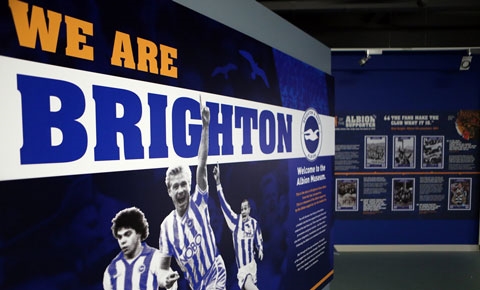