The Hockey Museum (THM) exists to preserve and celebrate the rich heritage of hockey. It has a sporting heritage collection that covers the development of hockey in Great Britain, the nation from whence hockey can trace its modern origins, as well as an increasingly international collections focus. It is supported by England Hockey and the International Hockey Federation (FIH) and leads the FIH’s work to preserve hockey’s international history.

The Hockey Museum (formerly the National Hockey Museum) has grown rapidly since it began operating since December 2011. The collection of artefacts and archival materials cover every aspect of hockey: playing kit (clothing, sticks, balls, goalkeeping equipment spanning hockey’s 150+ year history), books (now the largest hockey library in the world), hockey magazines and handbooks, national and regional official records, full England, Great Britain and international match results, hockey paraphernalia (pin badges, banners, ties, mugs etc.), press cuttings, scrapbooks and personal albums, postcards and stamps, professional and personal photographs, oral history records, hockey art and much more. The Museum is not just about hockey at international level – it is very much about all forms of the game and there are already references and historical information to over 4000 English clubs.

In its current Woking home, THM has a small, permanent display area that shows themed exhibitions and collection highlights (display space is limited by the requirements of collection storage). The Museum is open to the public every Wednesday or by appointment and serves as a valuable resource for anyone who is inquiring on or researching into specific hockey-related subjects. THM also has a satellite archive at the University of Bath Library, where the All England Women’s Hockey Association (AEWHA) archive is held and it hosts regular exhibitions at major hockey events in the UK, most recently at the 2016 Champions Trophy tournament at the Lee Valley Stadium in Olympic Park, London. THM will continue using hockey events to showcase the heritage of our sport but has ambitions to develop the Woking site to deliver larger permanent and rotating temporary exhibitions as well as events for the public and learning organisations that will fully unlock the exciting educational potential of its collection.

Special interests represented in this collection

Archival documents and objects covering the development of the women’s game and its social influence, including its early pioneers. The majority of the archival material relating to the All England Women’s Hockey Association (AEWHA) is held on loan from England Hockey at the University of Bath Library.

There is no historical disability hockey that we are aware of, though there are some modern iterations (e.g. England Hockey’s Flyerz Hockey), but these are not yet reflected in the museum collection. 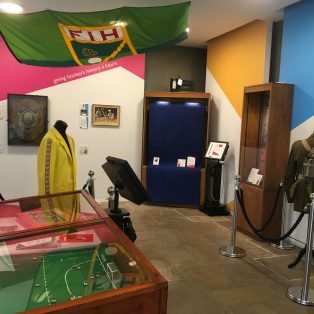 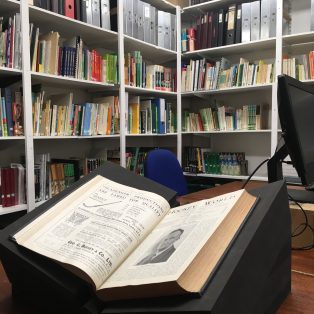 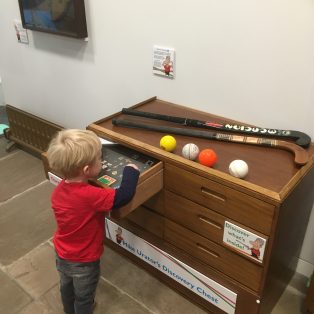 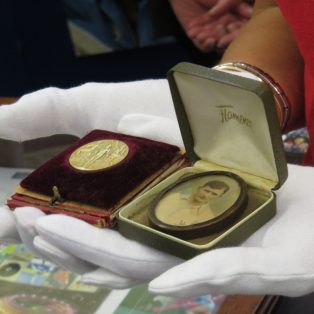