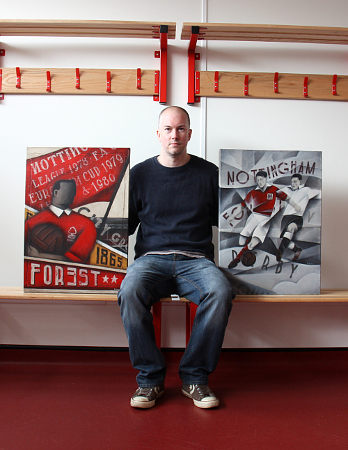 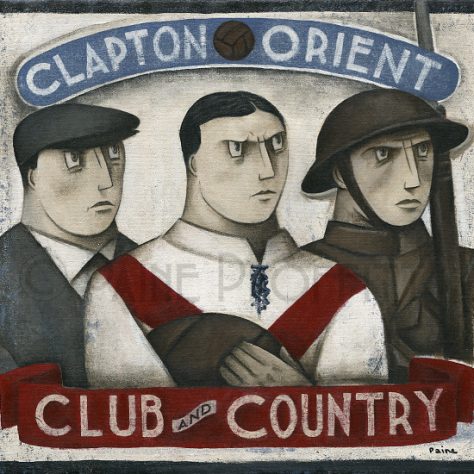 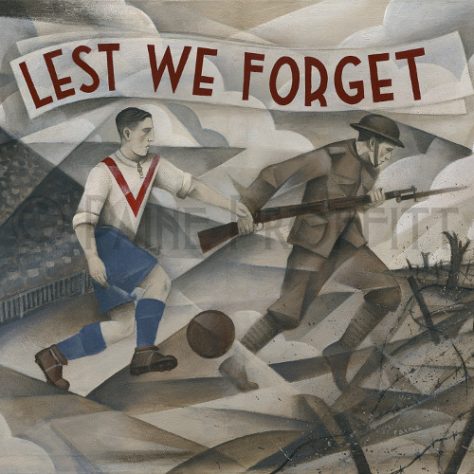 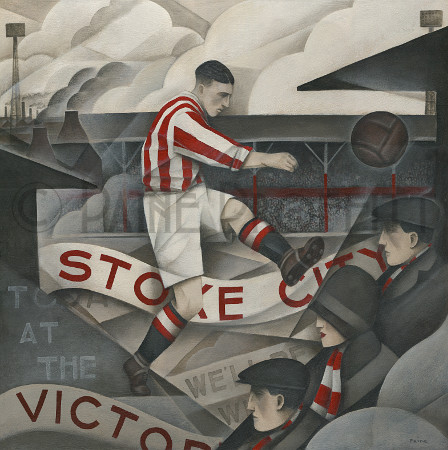 Memories Of The Victoria
Paine Proffitt 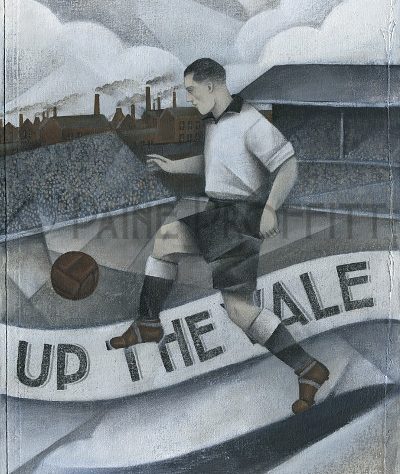 Up The Vale
Paine Proffitt 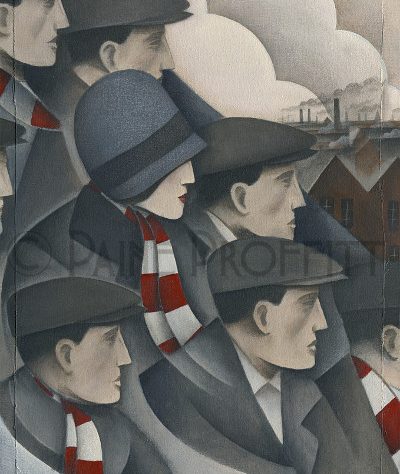 “Sport tells a lot about who we are, where we’re from and has a large impact on society, our past, our identity and our character.  It’s hugely important to remember our past and where we’ve come from.  Not only do the events help shape people, communities, towns, society and culture of the past, it helps form where we’re going.

I’m hugely proud to be an Ambassador for Sporting Heritage and I hope my artwork can help capture and remember the glorious sporting past, the events, the history and character of UK sport.  I also hope my work can dig a little deeper into what it is to follow and be a part of sports in the UK … the feelings, the reality, the glory and heartache, the love and disappointment, and the beauty of the game.”

Paine Proffitt is an American artist, living and working in Stoke-on Trent. He is best known for his sporting works and for his depiction of the “working man’s life”.

Paine studied Illustration at Rhode Island School of Design and at The University of Brighton in UK and has exhibited in New York, Boston and Chicago. The Sport of football has been a major inspiration to Proffitt’s artwork.

Paine has also produced paintings for The International Rugby Board, The Scottish FA, Richmond Cricket Club and the famous Arsenal fanzine ‘The Gooner’. Selected  artwork can be seen on his clothing range retailing at some of Europe’s top football club retail outlets.

Paine also has a love of Ice Hockey and Baseball, and in 2015 one of his Baseball original pieces was selected into the prestigious USA Baseball Hall of Fame which includes a piece by artist Andy Warhol.

Paine Proffitt is now one of the most collected and growing names in the world of sports art and more information about Paine can be found at www.paineproffitt.com or www.bwsportsart.com