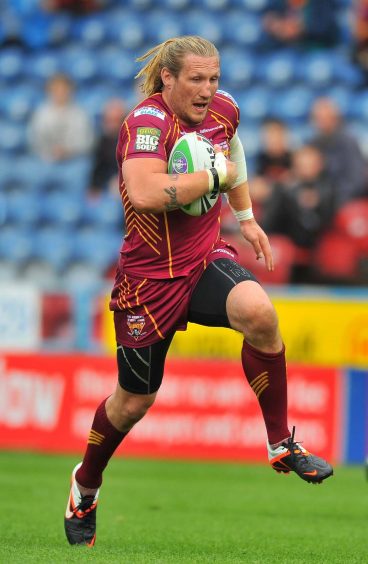 Eorl Crabtree is an English former professional rugby league footballer who played for the Huddersfield Giants in the Super League and England. His playing position was prop forward and Eorl spent his entire playing career at Huddersfield. Standing at six foot six inches and weighing 18 stone, his ‘barnstorming runs’ made him a fan’s favourite.

Eorl played 423 games for the Giants, scoring 79 tries as well as representing England on 18 occasions. Retiring due to injury, Crabtree is looking forward to his new challenge of Club Ambassador for the Huddersfield Giants and is proud to become a Sporting Heritage Ambassador.