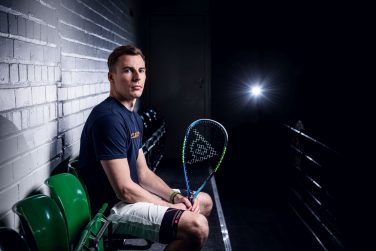 “I’m very proud to become an Ambassador for Sporting Heritage. As well as being a squash player I am a huge sport’s fan and think it is very important to help protect and develop our sporting heritage. I am striving to build on my career legacy in retirement and Sporting Heritage will hopefully help to protect and promote that legacy as well as others in the future.”

Nick Matthew is considered to be one of the greatest Squash players of all time having achieved some of the greatest honours in the game 3 times each. A former World number 1, he was nicknamed ‘the Wolf’ in honour of his merciless reputation on court. Nick was renowned for his extraordinary athleticism, fitness & strength of character, which is apt having been born in the Steel City of Sheffield, UK.

In 2014 Nick was selected by his fellow athletes to carry the England flag at the Opening Ceremony for the Commonwealth Games in Glasgow & in 2015 was awarded the Order of the British Empire (OBE) for Services to Squash by Her Majesty the Queen.

In 2018 Nick announced his retirement from Professional Squash after a 20 year career on the PSA World Tour. He now runs the Nick Matthew Squash Academy & is a Global Ambassador for the game of Squash, running Events, working in the Media and offering his Consultancy services worldwide. 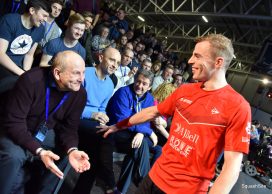 To help launch our intergenerational theme for National Sporting Heritage Day in 2021, we had the great pleasure of chatting to Nick and his father Hedley in our podcast.

Nick discusses the prominence of sport in the Matthew family, and how key these sporting influences were at the start of his career. He also talks about how his family not only nurtured his squash career practically and by accompanying him on tour, but also in keeping his feet firmly on the ground and never letting him get ahead of himself. Now a coach of younger talent himself, Nick discusses how he takes an interest in the family of his young charges, and encourages an interest in the heritage of squash and and an appreciation of who has come before.