“Without the dedication and commitment of all that have gone before us, the opportunities as we know them today, would simply not exist. Our heritage shapes our future, and that’s why the work of Sporting Heritage is so significant on many levels. Unfortunately at the moment the history of hockey is relatively unknown with little recorded, so to have the chance to know our history, to hear stories of the past and to understand where we all sit within time is incredibly important.” 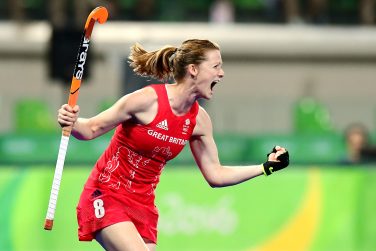 Helen started her international career in 1999 at the age of 17,  and became the youngest ever woman to represent GB hockey at an Olympics in Sydney the following year. She went on to compete at four Olympic Games.

As part of the senior leadership group, she played a central role in propelling the women’s game to victory on the world stage in Rio 2016. As she stepped on to the podium alongside her teammate and wife, GB captain Kate Richardson-Walsh, they also entered Olympic history as the first same sex married couple to win an Olympic medal playing for the same team.

Over the course of her 17 year international career, Helen has amassed 19 medals including an Olympic bronze at London 2012, the European Championship title in 2015, World Cup bronze in 2010 and Commonwealth silver in 2002, before finally reaching the pinnacle of her sport as part of the celebrated GB hockey team that beat the Netherlands in the Olympic Final in Rio. Helen was one of only two players to score during a tense penalty shootout and is recognised at world level as one of the best in the business – shortlisted for the World Player of the Year Award and named in the FIH World All Stars Team three times.

This success however has not always been assured. One of Helen’s most valued achievements has come away from the pitch; aged just 23 she battled back from a career threatening ankle injury, which left her sidelined for two years, requiring three operations and defying consultants who said she’d never play for GB again. After glory at London 2012 Helen’s career was threatened again after she suffered two ruptured discs in her back within just 11 months. After two rounds of back surgery she missed the World Cup in 2014, and with her position in the team in jeopardy and her body starting to fail, at 32 years old she was left feeling that the chance to achieve a goal she had dedicated her life to and worked incredibly hard towards for the past fifteen years was slipping away.

Showing significant psychological and physical strength, Helen managed to return to the team and since the low of 2014 has played an instrumental part of a leadership turn around at GB women’s hockey. Alongside coaching staff and a close-knit team of senior players, the squad put in place a vision, team values and behaviours to create a winning culture within the squad. Central to this was finding small differences that could bring big results, and forging a team spirit that was strong enough to withstand extreme pressure. ‘Be the Difference, Create History and Inspire the Future’ was their team mantra, and in winning gold in Rio she feels immense pride that they have done just that.

Today, years on from her first Olympic Games, Helen continues to support the things she feels passionately about. Seeing first hand the importance of diverse teams working together, where each individual understood their own strengths and were valued for their unique contribution in an environment which allowed everyone to thrive, Helen, still inspired to ‘Be the Difference’, supports campaigns and delivers speeches in schools and businesses to positively influence societal stereotypes and to create space for conversations to embrace our differences. 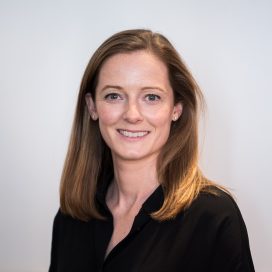 In the run-up to National Sporting Heritage Day in 2021 we had the great pleasure of chatting to Helen in our In Conversation series.

We started by discussing what Helen has been up to in the last year, from becoming a mother, to finding the time to write her book ‘Winning Together‘ with her wife, and fellow Olympian, Kate Richardson-Walsh. We also explore her role as performance psychologist at Tottenham Hotspur Women, and how her own sporting experiences, mental health battles, and her appreciation of the importance of psychology to performance have prepared her for this role.

Listen to Helen Richardson-Walsh In Conversation