The archive of Liverpool St Helens football club – the oldest open rugby union club in the world, has been deposited at Liverpool Record Office.

Records created by Liverpool Football Club (RU), St Helens Rugby Union Football Club and from Liverpool St Helens Football Club following the merger of these two clubs in 1986. The collection includes administrative records such as minute books, minutes of various committee and correspondence, along with financial records including accounts. Details of fixtures, teams and results are in different formats, such as fixture cards, members diaries, team lists, score books and record books. These have been compiled by team historians over the years.

A series of programmes

A series of programmes 1924-2013 include home, away and cup competition games for the three separate teams. The collection contains memorabilia, correspondence and research notes, but there is no information relating to players contracts. Photographs of teams and individual players are in the collection along with a small number relating to social events. In 1982 a history of the Liverpool club was published by then club historian JRA Daglish; there are copies of this booklet and extensive research notes with other club publications such as newsletters, articles and reminiscences. Scrapbooks and newscuttings have been collected relating to the Liverpool and St Helens teams; these tend to be organised by season. There are also a number of books on the history of the sport of rugby. Dinner programmes from all three clubs have been collected and some of these have been autographed by attendees and speakers. There are gaps in the chronology as items have been collected by different club members and officers from all of the clubs over a number of years.

The club has been awarded Heritage Lottery Fund money to sort, arrange and catalogue the archive, publish a booklet on the long history of the club and produce a touring exhibition across Liverpool and St Helens in 2018. 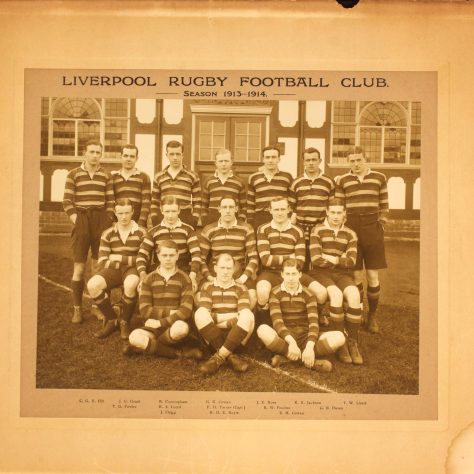 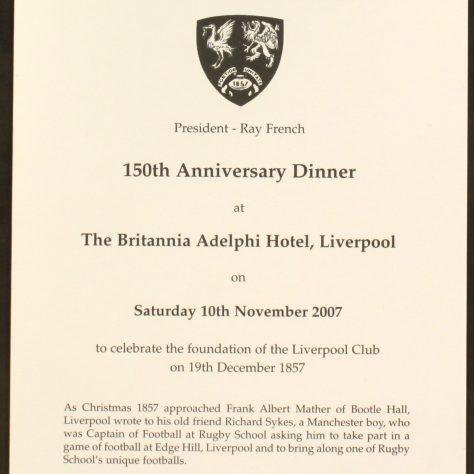