Coventry Transport Museum opened in 1980, after it became clear that the road transport collection was outgrowing the space it occupied in the Herbert Art Gallery & Museum. The museum’s current collection of vehicles is acknowledged as being one of the finest in the world, and the largest in public ownership.

Since it’s redevelopment in 2015, the museum now has a permanent exhibition entitled “Coventry Champions” which houses cars, motorcycles and cycles that are either Coventry made or driven by Coventry people competitively.

Within this gallery are a number of exhibits relating to Coventry’s proud motor sports history, including  Jaguar’s Formula One car, rally cars from Rootes-Chrysler, and two Lea Francis Hypers one of which won its class at Le Mans 24 hour race in 1929 driven by Kenneth Peacock and co-driver Sammy Newsome.

The cycle collection features a number of sporting cycles dating back as early as the 1870’s Penny Farthing that Britain’s first cycling Olympic winner Tom Sabin rode to victory. Other highlights of the cycle collection is the Olympia (Rudge) Tricycle ridden by S F Edge and J.Bateson in the 1890 100 miles tricycle trial, Ernie Crutchlow’s Falcon Track Sprint cycle on which he won the 1980 Professional National Sprint title, and Mick Ives’ Peugeot cycle-cross on which he won 5 world cycling championship titles in the 1990’s.

Travelling round the world 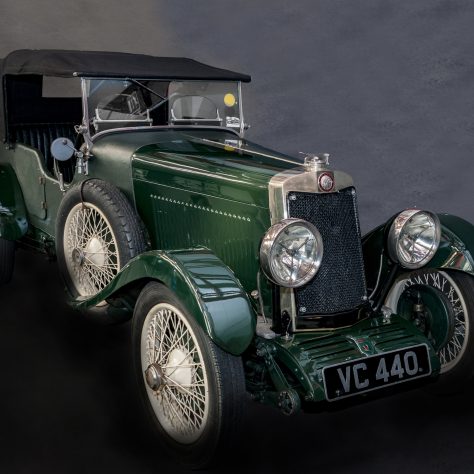 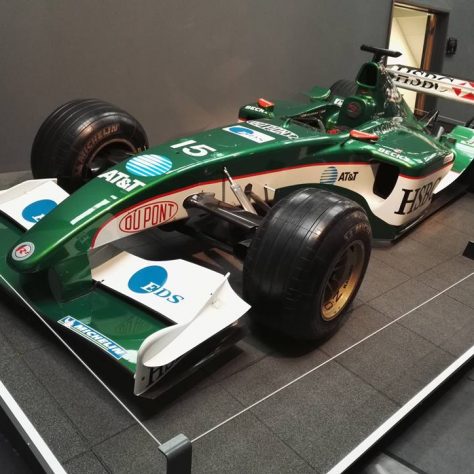 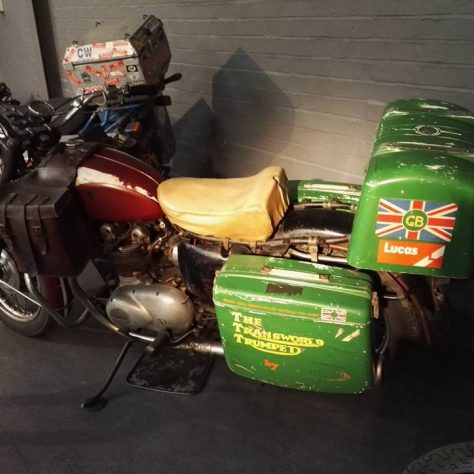 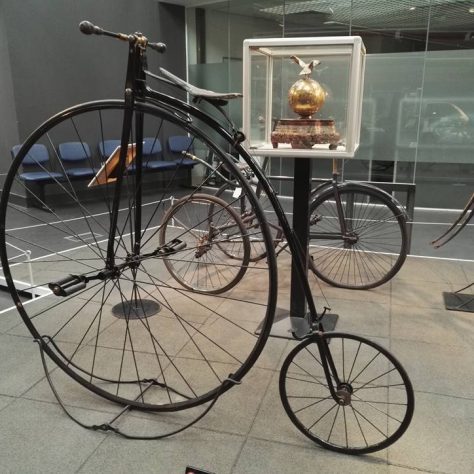 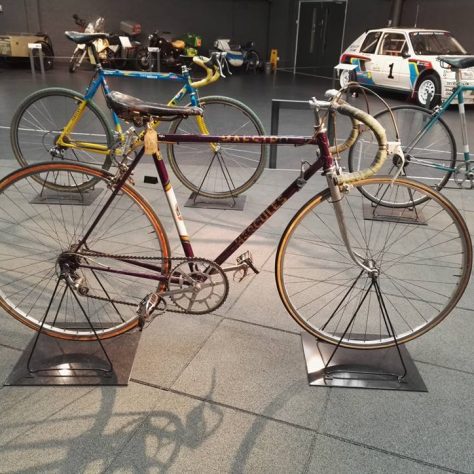 1954 Hercules. On this bicycle Eileen Sheridan broke the women’s Land’s End to John O’ Groats record in a time of 2 days, 11 hours and 7 minutes in 1954. Not satisfied with finishing the 872 miles in record time she continued riding and broke the 1000 miles record in a time of 73 hours.
Image courtesy of G Scott