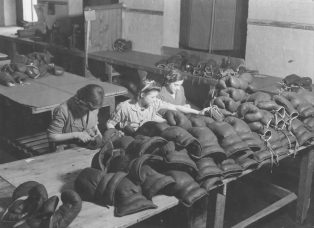 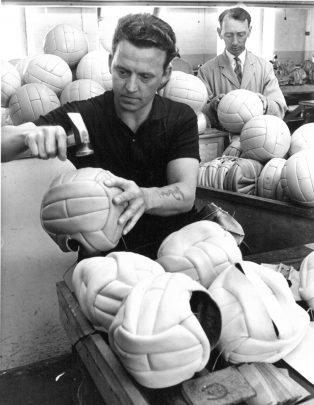 Making footballs for the 1966 World Cup 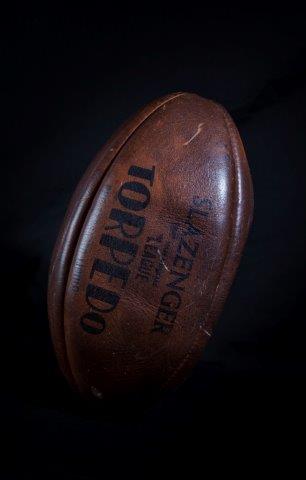 Wakefield Museums are taking our Playmakers collection on tour across the Wakefield District to spread the word about our proud local tradition of high quality, high tech sports manufacturing.

For over a century, Horbury was a centre of excellence and innovation, from the founding of William Sykes Ltd by a local saddler’s apprentice in 1870, to becoming the production centre of the Dunlop Slazenger empire until the 1980s. The factories at Horbury made equipment for a huge variety of sports from billiards to boxing, crown green bowling to croquet. Locally made products graced competitions like the FA Cup and were endorsed by sporting mega stars such as Don Bradman, Steffi Graf and John McEnroe.

Playmakers is a project to record and celebrate this heritage. In 2016 the Playmakers exhibition featured products pioneered and produced at the Horbury factory and now we’re showcasing some of our star objects in sports and leisure facilities across the district.

Visit the Playmakers on Tour venues to admire the craftsmanship of an early wooden tennis racket; learn how Sykes supplied training equipment for the Armed Forces; and see Featherstone’s Challenge Cup winning rugby ball and a 1966 World Cup football on display down the road from where it was made. Then head over to Wakefield Museum for more highlights from the collection.

For a list of venues and opening times, see Experience Wakefield: