You are here: HomenextEventsnextSector events and exhibitionsnextAssociation football and Irish-born player migration to Britain and the United States of America, 1888-1939

Association football and Irish-born player migration to Britain and the United States of America, 1888-1939 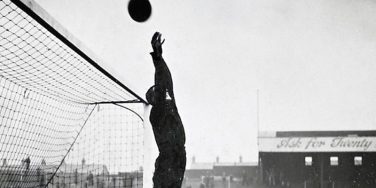 This talk will explore Irish-born footballers’ migration in the 1888 to 1939 period – in particular, exploring the reasons behind the significant increase in the migration of Irish-born footballers to England in the 1920s, when the number of those who played English league football in this decade rose to 106 from just thirty-six in the period from 1910-1919.

The talk will also look at the state of soccer in Ireland in the 1920s in relation to this movement and the presence of the American Soccer League in the years from 1921 until 1931 which also attracted interest from Irish-born players. In the 1920s, the Irish League’s precarious state and the lack of adequate payment in the new Free State League meant that Irish footballers with aspirations of playing professionally began to explore the opportunities presented by migration in greater numbers. The talk will also look at working conditions within professional football in Ireland, Britain and the United States of America.

This talk will be given by Dr Conor Curran.

For more information or to book a place, please visit https://www.eventbrite.co.uk/e/association-football-and-irish-born-player-migration-to-britain-and-the-united-states-of-america-tickets-39829852160