You are here: HomenextEventsnextSector events and exhibitionsnextSporting History Comes to Wakefield Museum 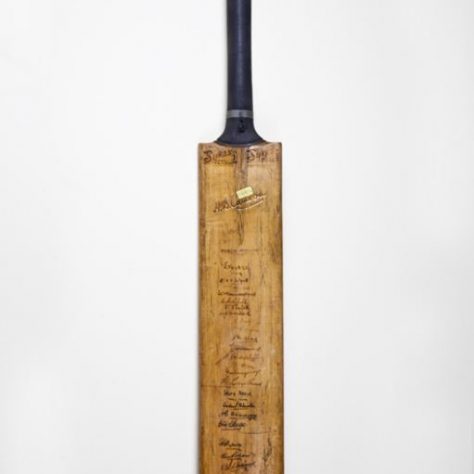 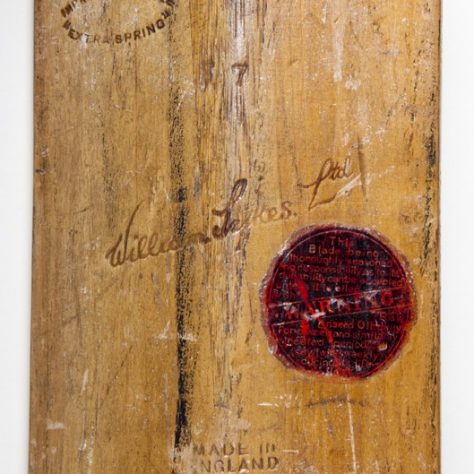 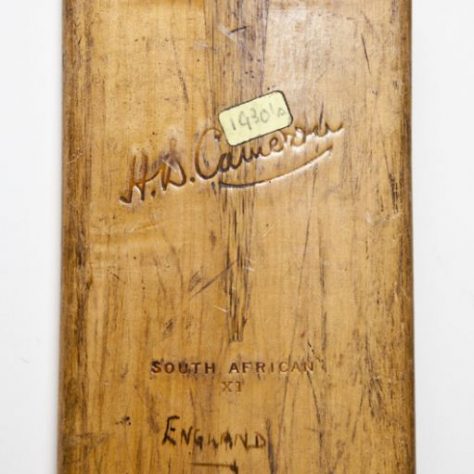 After watching modern test matches, and the fierce competitions between teams, we might want to cast our minds back to a time when cricket was more of the fabled gentleman’s game.

Wakefield Museum acquired a cricket bat from a match in 1935, in time for a test match between South Africa and England in August 2012.

Signed by all the players

The cricket bat, recently acquired by The Friends of Wakefield Art Galleries and Museums for Wakefield Museum, was signed by all the players in the 1935 England-v-South-Africa test match, including Herby Wade, Dudley Nourse, Jock Cameron, R.E.S.Wyatt, Herbert Sutcliffe and Hedley Verity. Signed and endorsed on front by Jock Cameron, who tragically died of typhoid fever shortly after returning to South Africa.

The bat is a great asset for Wakefield Museum and will be a proud product displayed in the Work section as it was ‘Made in Wakefield’.