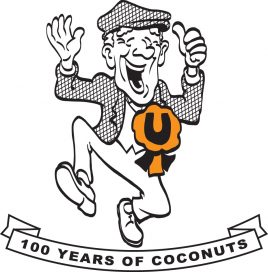 This is achieved through the maintenance of an online museum (100yearsofcoconuts.co.uk), a physical mini-museum (The Story of the U’s), an active research programme and work with schools, community groups, the football club’s Community Trust, the heritage industry and other concerns to tell the story and use it to foster learning, health and wellbeing. Much of this has been made possible by Heritage Lottery Fund grants.

Coconuts can draw on a vast collection of memorabilia, documents, photographs, programmes, trophies and other objects to aid its work.
The Story of the U’s is situated in Cambridge United Supporters’ Club’s premises at the Abbey Stadium, Newmarket Road. Group or individual visits can be arranged by emailing 100yearsofcoconuts@gmail.com. 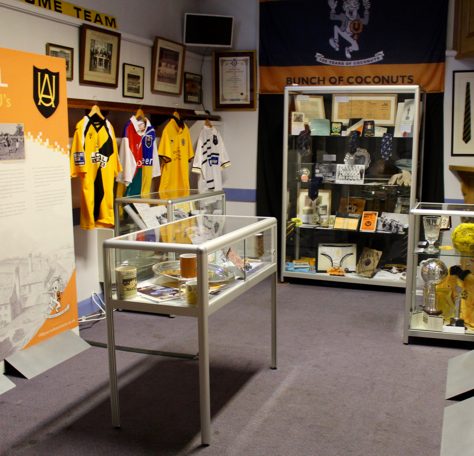 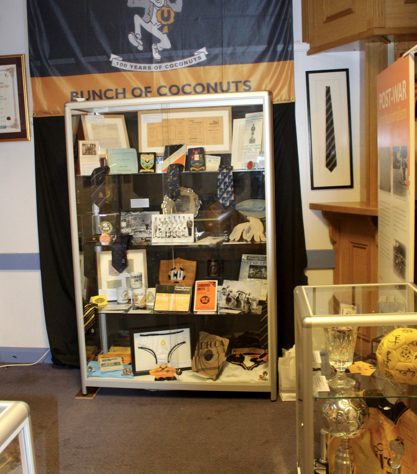 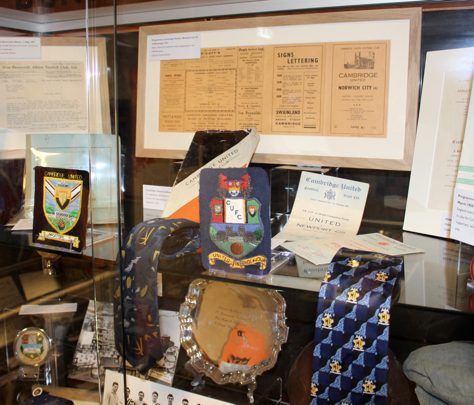