You are here: Home>About>Who we are 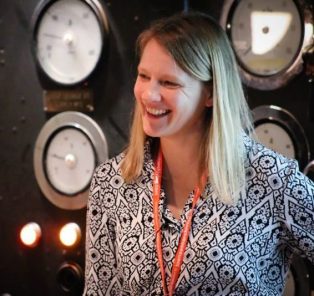 Sporting Heritage CIC is a not-for-profit community interest company working specifically to support the collection, preservation, access, and research of sporting heritage in the UK and wider.  We have extensive experience in delivering programmes and projects at strategic and delivery level in the heritage, media and sports sectors.

We are a small team with experience from across the cultural heritage sector.

Our Directors lead the direction and strategy of the organisation and represent a range of different knowledge specialisms:

Justine is our Founding Director. She set up Sporting Heritage in 2012 after completing a PhD investigating Sport, Museums and Cultural Policy and recognising a gap in support and advocacy for the sector.  With a degree in History and Archaeology and MA in History, Film and TV,  Justine began her career working in the TV sector at the BBC and Granada TV.  Moving across to the cultural heritage sector, Justine developed a passion for ensuring collections were relevant to audiences and held posts at National Museums Liverpool, the National Media Museum, Bradford, BBC Education, and MLA Yorkshire and National.  Justine set up her own consultancy working across a range of specialisms to support heritage organisations of all sizes before creating Sporting Heritage. An assessor for the Associateship of the Museums Association, Justine believes passionately in supporting the professional development of those working within the sector.

For almost 32 years, Paul worked in a range of operational and senior curatorial roles within the Science Museum Group. Following several years at the Science Museum in London, he relocated to the then National Museum of Photography, Film & Television (now the National Media Museum) in Bradford in the late 1980s, ultimately becoming its Head of Collections. Following a short period working with the University of Leeds Special Collections, he then moved on to be Director of Collections at the Royal Armouries. During this period, he has accumulated extensive strategic, management and operational experience in the development, care, management and use of museum collections; he is an acknowledged expert in the stewardship of mixed-format visual media collections, digital asset management and museo-legal policy and procedural development, having been involved in a number of successful Accreditation applications. He is a former Museum Mentor, President of the Yorkshire & Humberside Museums & Federation, and a founder member of the UK Registrars’ Group. He was on the first Board of Trustees at the Hepworth Gallery in Wakefield, was Chair of Volunteering Bradford until 2017 and a former expert photography export licence advisor to the Arts Council. Since March 2017, he has been Yorkshire Cricket Foundation’s Heritage Manager, based at Emerald Headingley in Leeds, managing the Yorkshire Cricket Archive.

Kevin is our Co-Founding Director. He is also our communications lead, with a background in media and broadcast. He began his career working at Granada TV, after completing a degree in Media Studies. He has extensive broadcast experience, enjoying over twenty years at the BBC, primarily as a television director on News, Politics and Sports programmes; most recently the Super League Show. Kevin overseas all of our communications and marketing activity.

Katie has expertise in collections care and management and is a sporting heritage specialist. With extensive experience of collections management, care and access gained leading programmes at Stockport Museum, Gallery Oldham, The National Football Museum, and as a freelance specialist, Katie brings a wider range of knowledge and expertise about the role and value of collections with a sporting focus. Katie is the currently managing collections and partipcation activity at the National Coal Mining Museum.

Hugh is a Gaelic-speaking broadcaster and academic with a wide range of experience in communications and teaching, as well as work in the public sector. A graduate of Glasgow and Aberdeen Universities, he is now a Professional Fellow at the Academy of Sport, University of Edinburgh. He was the first Sportswriter in Residence at the National Library of Scotland 2017-2018. His research and teaching interests focus mainly on Scottish sport and in particular shinty, culture and Highland emigration and communications. He has written and lectured extensively on his special interests. His first BBC radio commentary was in 1983 and since then he has been involved in commentating on rugby, shinty, football and the World Orienteering championships on radio and television. A former Board member of MG ALBA when the television channel was launched in 2008, he has won a number of awards for his Gaelic writing and journalistic work.

We also work with a range of specialist freelancers and associates to support our project delivery and consultancy work.

You can find out more about our Sport England funded programme team by visiting this link: Meet the Team!

We’ll soon be announcing our updated list of Associates so watch this space!

You can download a copy of our constitution below.

Don’t hesitate to get in touch via email Justine@sportingheritage.org.uk