Inspired by the ‘One Kind Word’ theme of the Anti-Bullying Alliance’s Anti-Bullying Week programme, this set of resources uses ‘acts of sporting kindness’ from the past to encourage pupils to reflect on the theme as the basis for tutorial and personal development activities for Key Stages 2-4. 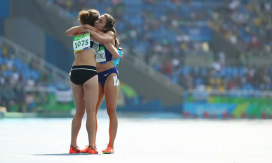 One of the most memorable moments from the 2016 Rio Olympic Games did not come from a Gold Medal winning performance. Instead, it came from an act of true sportsmanship. 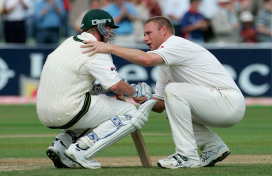 Ashes Test cricket matches have created many memorable moments over the years since they were first played in 1877. The cricketing world was treated to yet another of those special moments on 7 August 2005. 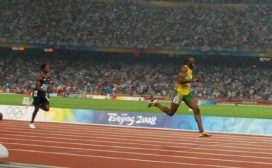 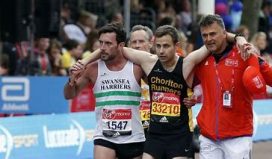 It became the defining image of the 2017 London Marathon, as Matthew Rees stopped 300 metres from the finish line in an act of true selflessness and generosity of spirit. 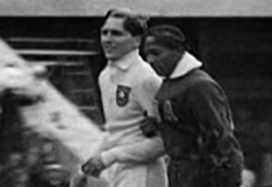 Germany’s Luz Long has been long credited with helping his American Competitor and brilliant all-around athlete Jesse Owns win the Gold Medal in the Long Jump at the 1936 Olympic Games in Berlin.

Please contact our Education Lead, Derek Peaple at education@sportingheritage.org.uk if you have any queries about the above resources or need alternative file formats.