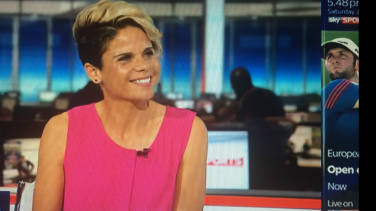 “I am honoured to be an ambassador for the great work of Sporting Heritage where I will work in partnership to help raise the profile and historical awareness of women’s football.”

Sue’s football career began at Rainhill United, she then joined St Helens and moved to Tranmere Rovers aged 14.  Sue signed for Leeds United in 2002 and then went on to play for Lincoln Ladies and Doncaster Rovers Belles. She made her England debut in 1996 against Germany, and scored, and remains one of England’s most capped players with 93 caps.

Sue is a regular on TV with her varied media work which has taken her from performing in front of the cameras on pitch, to interviewing, reporting and commentating off the pitch.

In addition, Sue has always had an interest in further education both on a personal level and encouraging and mentoring children through the various programmes and charities she is involved with.