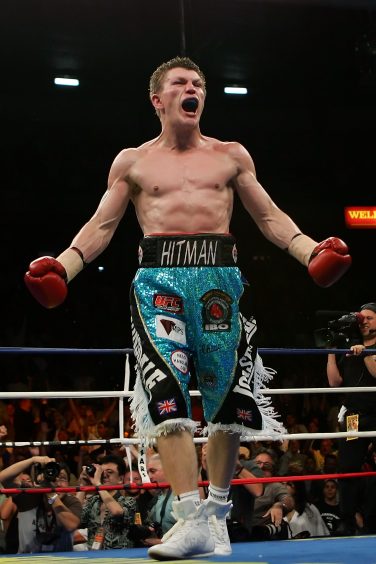 “Sporting heritage is important to me as it’s about communities and investing in the future.  If I can use my story in a positive way to benefit others on their journey, everything I have experienced and achieved will be worth it!”

Ricky ‘The “Hitman” Hatton  is one of the UK’s most popular fighter of his generation. 45 wins 32 Knock outs and only 3 Defeats are impressive final career statistics, yet they don’t even begin to tell the sporting story of the Hitman.

Showing talent from an early age, Ricky won his first national amateur title at 13. He went on to reach the semi-finals of the World Junior Championships in Cuba in 1996 and won the senior ABA title at 64 kg a year later.

His professional career took-off in 2000 when he won the British Light Welterweight title. The WBU Light Welterweight title followed in 2001. That title was defended 15 times Hatton reached the pinnacle of his career in 2005 when he defeated Kostya Tszyu for the IBF, Ring, and lineal light-welterweight titles. in 2012, more than three years after his last fight, he confirmed his comeback. A loss to Vyacheslav Senchenko in his first match back prompted Hatton to immediately announce his final retirement

Since hanging up his gloves Ricky has become a boxing manager, trainer and promoter and in 2016 guided Lucas Browne to win the WBA World Heavyweight title.  In 2017, Ricky trained Zhanant Zhakiyanov who won the WBA World Bantamweight title. He also plays an active role in a series of boxing projects which promote health and fitness through boxing.