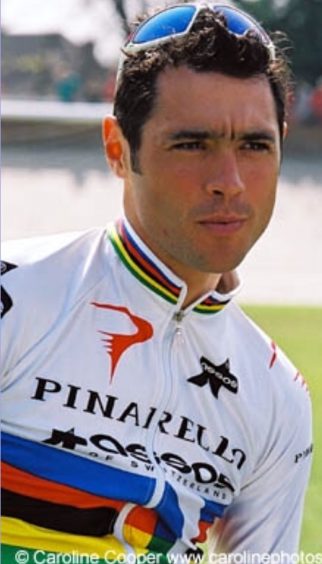 Chris started cycling seriously at the age of 10, competing from the age of 13, after watching a friend of the family compete as a professional. Chris admits he wasn’t very successful to begin with but loved the escapism of riding and the fact he was in control of his own ability; he reports the more he tried, the better he got

In 1990 Chris was picked up by Great Britain going on to represent the country at the Junior Worlds in 1991 with 4th in Team Pursuit. Throughout his whole career he has balanced road and track with success in both disciplines; World Titles and Olympic medals coming on the track and international stage race victories and single days on the road, all intertwined with national success again in both disciplines.

Along side his professional cycling career Chris obtained a 1st  class Honours degree in sports science and applied coaching. Following his retirement he took up a post as Academy coach within Great Britain Cycling again with Road and Track focus:  He Guided Lizzie Armistead to Olympic Silver in London, Simon Yates to World Championship gold in 2013 and the women’s Team pursuit squad to Gold at the 2014 World Championships along with Gold in the IP.

Cycling has been part of my life for over 30 years and I never tire of it.  From the competition that I once thrived on to guiding aspiring athletes to achieve their own success, the sense of achievement is the same however it never quenches the desire to strive for more and move forward.