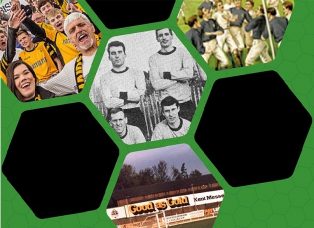 Maidstone: United in Football not only tells the remarkable history of football in the town. It also paints a vivid picture of how the game has been bringing people of diverse backgrounds together for well over a century.

The story of Maidstone football is special. The town has had a pioneering role in a number of different aspects of the game. And its representative club famously plummeted further than any in history after being ejected from the Football League, yet has since embarked on an extraordinary renaissance.

The exhibition has exclusive access to a collection of memorabilia compiled by Maidstone United’s former chairman Jim Thompson: a collection that, including its many trophies, mementoes, photographs, and cuttings, runs to several thousand items.

Maidstone: United in Football is open until January 18; see the Museum website for details: https://museum.maidstone.gov.uk/. Admission is free.